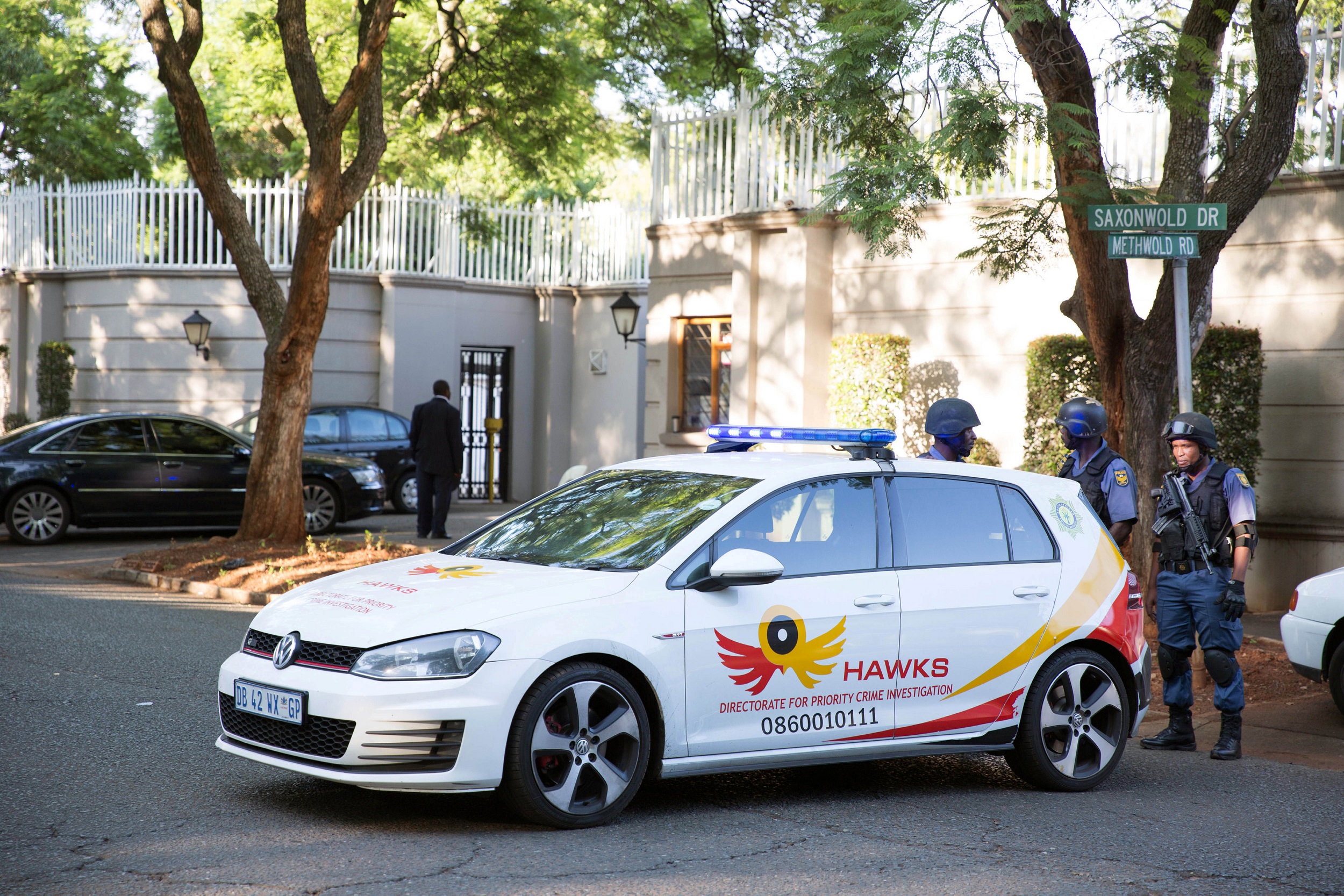 JOHANNESBURG - South African police are expected to arrest between five and seven more people as part of raids related to a corruption investigation involving the Gupta family, friends of President Jacob Zuma, a senior judicial source said on Wednesday.

The source, who has knowledge of the police&39;s moves and intentions, told Reuters there were no plans as yet to arrest cabinet ministers who have been linked in the media to the Guptas.

Two senior Free State Agriculture officials among those arrested in connection with EstinaDairyProject case. The Dept that MosebenziZwane led.
Zwane and his gospel choir reportedly received a trip to India after Estina deal - which he allegedly pushed for - was finalised

The early morning raid, which the police&39;s elite Hawks unit said resulted in three arrests, took place amid reports Zuma was preparing to tell South Africa he was stepping down after nine years in office dogged by scandal and economic stagnation.

Shortly after dawn, a dozen officers from the elite Hawks police unit sealed off a street leading to the Gupta mansion in Johannesburg&39;s upscale Saxonwold suburb. One officer blocked access to Reuters, saying: "This is a crime scene."

Police also raided the Guptas&39; Oakbay holding company in Johannesburg&39;s Sandton financial district, according to a security guard outside the building.

On Tuesday, the ruling African National Congress (ANC) ordered Zuma to step down as president of the country, giving him no firm deadline but saying the party was sure he would comply and "respond" on Wednesday.

Zuma and the Guptas -- a family of wealthy Indian-born businessmen -- deny any wrongdoing.

A lawyer for the Gupta family said he could not comment on the raid because he had yet to see the search warrant.

Hawks spokesman Hangwani Mulaudzi said the raid was part of a probe into influence-peddling allegations.

The allegations are also the subject of a judicial inquiry on wider corruption involving the Guptas, dubbed "state capture" in local media.

"We&39;re not playing around in terms of making sure that those who are responsible in the so-called state capture, they take responsibility for it," Mulaudzi said.

He declined to give details of what was seized or if the business premises of the Guptas, whose commercial empire stretches from mining to media, would also be raided.

ZumaRecall - Reporter @AnnikaLarsen1 speaking to Fikile Mbalula as the ANCcaucus ends, asks what has been decided and also asks about the Gupta compound raid this morning. Courtesy DStv403 pic.twitter.com/dCO4jWa05o