Arrests and urgent talks as schools continue to burn in Vuwani 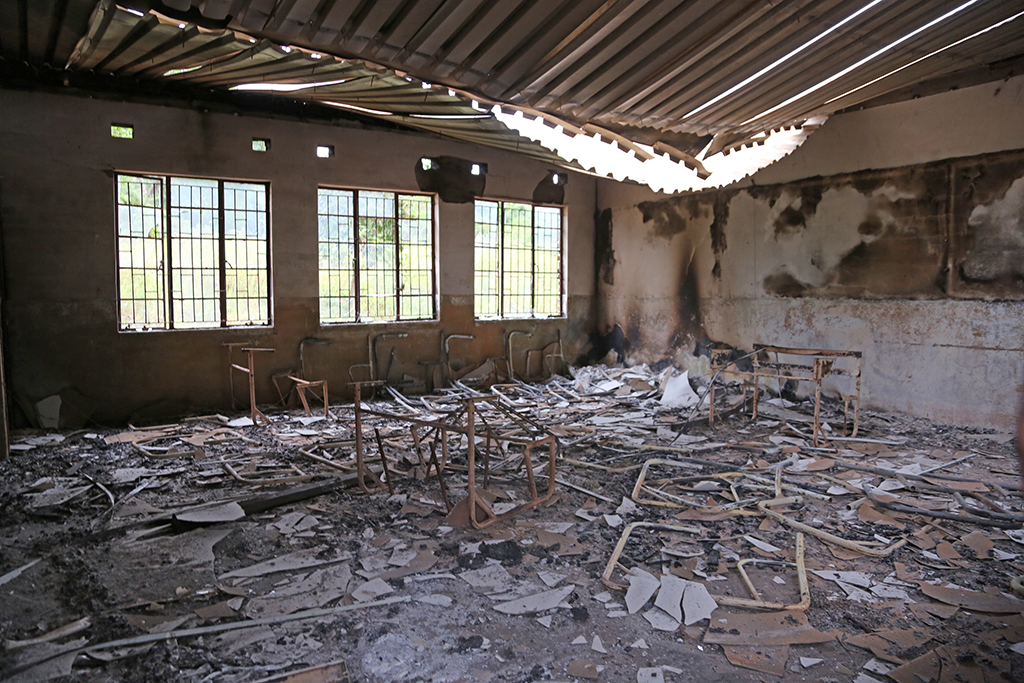 A school, after being set alight by residents of the Limpopo town of Vuwani.

JOHANNESBURG - Seven people have been arrested after schools in Vuwani and surrounding villages continued to be set alight.

By Thursday evening, 23 schools had been vandalised in the protest with nineteen of them set alight.

Angry residents had been setting schools alight during the night but on Thursday the MariaDze School in Mashau Doli was burnt during daylight hours.

Some children and residents gathered around the burning school as they watched the administrative building go up in flames.

"I feel bad because more children will not be going to school their future will be destruction," said one pupil.

“Those who are burning the schools – this is not right because you are burning your future. Your sister or brothers’ future – this is wrong you must stop.”

Roads leading into almost all villages have been blocked with large rocks and trees.

In other areas residents have set up traps for passing cars by placing nails on the roads.

The communities refuse to be merged into a new municipality that will include the town of Malamulele, even though some residents in some villages do want to be part of the new municipality.

In the village of Bungeni, parents are taking action so that classes continue.

“We have decided to had a meeting and tell our children to go to school and as parents we will protect them,” said resident Petros Samba.

He said the community is working around the clock to ensure safety.

“We just having groups doing shifts. Everyday we are sleeping in those schools so that those people must not come and attempt to burn our schools,” he added.

Meanwhile, high level meetings are being held to address the issue of Vuwani.

On Thursday a provincial task team that includes MECs and police met behind closed doors with various religious leaders and traditional leaders amongst others at district level in an attempt to quell tension.

The ministers of State of Security and Cooperative Governance have held a media briefing in the area. They say the Hawks are moving in to assist police on the ground, and have promised more arrests.