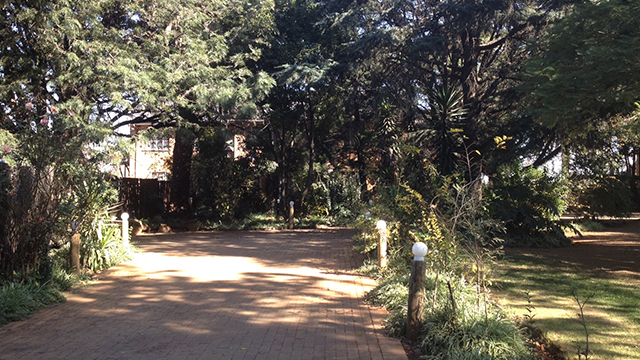 May 28 - Outside the property "house of horror' in Springs, east of Johannesburg

EAST RAND – A 36-year-old businessman, who allegedly held his wife and five children captive in their Springs home in Johannesburg, will apply for bail, police told eNCA on Wednesday morning.

According to a report published in Beeld, the man allegedly assaulted and tortured his family for years. They were allegedly not allowed to leave the house and none of the children – aged between two and 16 – have ever been to school. Neighbours told the newspaper that they did not even know of the childrens&39; existence until they were rescued last Tuesday.

According to the article, last Monday an 11-year-old son escaped after the man threatened to kill him. They boy ran to neighbours who didn’t know who he was and so they took the bloodied child back to his father. The father then reportedly attacked the child, tried to drown him and then wrapped the injured boy in a blanket and hid him in the ceiling of a spare room.

The neighbours in the meantime informed police about the mysterious appearance of a child, and the house was raided in a sting operation that took place last week Tuesday.

Investigating officer Warrant Officer Rudi Jansen told the paper that a team had gone out to investigate. He was quoted as saying: “We found four other children. The house was filthy and rats were running around everywhere while the children just sat. We found the suspect at the house and we wanted to know where his injured 11-year-old son was. He told us the boy had run away again. We immediately removed the other children. The suspect began crying and claimed that he cared a lot, but we suspected foul play”.

In the meantime the father had removed the injured boy from the ceiling and had taken him to a relative in North West.

On Thursday the pressure grew too much for the boy’s mother, and she told investigating officers where the boy was. "The woman told us she and the children had been held captive for years. She told how her husband had fetched the boy from neighbours last Monday. He had punched the boy, kicked him and stood on him,” according to Beeld.

On Friday, the 36-year-old man was taken into custody. His wife further claimed that he would attack and torture her and the children “day and night”.

Torture
Beeld reported that the children were shocked with electric wires and burnt with a blow torch. Police found the house full of chains, blow torches, ropes and pornographic DVD’s. It was expensively furnished, but the children were often expected to sleep all together on one dirty bed.

“The 11-year-old boy was made to stand naked on the porch one night as punishment. The woman said he husband would often strip her naked, tie her up and assault her.”

Charges of attempted murder, child abuse and obstruction of justice have been laid against the father, who is a successful businessman. Other charges of statutory rape are under investigation after a medical report revealed that the 16-year-old daughter was sexually active despite having never left the house.

Lieutenant Colonel Lungelo Dlamini, police spokesperson for Gauteng, told eNCA.com on Wednesday that it was possible that more or different charges could be laid by the National Prosecuting Authority, and that this would only be known when the matter went before court.

Dlamini said he could not speak about the allegations or details of evidence found on the scene because the case was now before court. He also could not say whether or not the State would oppose bail on Wednesday.

The five children have been placed in the care of a relative, while there mother is staying with a different relative.

A 46-year-old neighbour told the paper she had known the suspect for years. He always appeared decent, wore good clothes and drove a Toyota Fortuner. She had seen his wife a few times. She saw the children for the first time on the day they were rescued by police, and described them as dirty and neglected while the parents had always appeared decent.