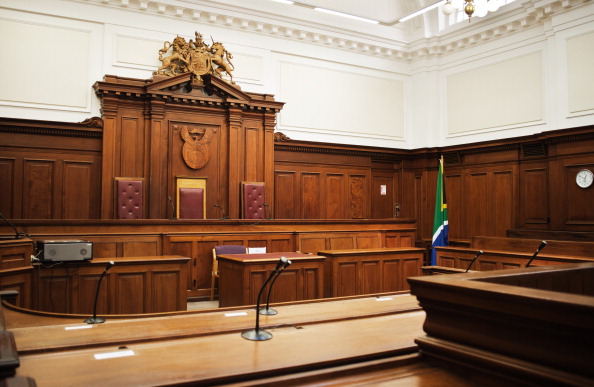 CAPE TOWN – The mother of Aljar Swartz, convicted of beheading a Ravensmead teenager in October 2013, has said she will continue to support her son.

Swartz was found guilty in March of stabbing, strangling and finally decapitating 15-year-old Lee Adams in an abandoned school after luring him there under the pretext that they would smoke dagga together.

He took the head home in his school bag, hid it in the domestic quarters and then had dinner with his family.

On Tuesday, a chief forensic psychologist for the police, Major Hayden Knibbs told the Western Cape High Court  that Swartz had the “personality structure” of a psychopath.

Knibbs compiled a pre-sentencing report for the court, to aid the court in assessing the best possible sentence for Swartz.

He testified that Swartz posed a high risk to society.

He said the risk for re-offending increases if there is previous violence, and Swartz had a long history of violence that started in primary school.

When he was 15 years old, he was convicted of robbing prostitutes at knifepoint and was given a suspended sentence.

Despite six months of anger management and life skills classes, he was “unresponsive to treatment”, Knibbs said.

In almost two hours of Knibbs’s consultation with Swartz, the accused had shown no remorse or empathy for Lee.

Knibbs said he believed he had the traits of a psychopath – charming, manipulative, exaggerated self-esteem, promiscuity, and a lack of remorse.

He told the court that Swartz’s relationship with his family had improved since the murder, which was the one positive factor that could be seen as a decreasing risk factor.

Knibbs said he believed Swartz tried to manipulate him and told him that he took care of his mother, in a bid to gain sympathy.

He told the court there was a low chance of rehabilitation, and recommended that his pre-sentencing report be made available to the parole review board when he one day became eligible for parole.

Categorising Swartz as a psychopath, Knibbs warned that psychopaths are excellent manipulators, and “become better manipulators with time”.

Throughout the lengthy testimony, Swartz seemed unmoved, at times yawning.

His mother, however, appeared to be under strain during testimony.

She looked exhausted as she left the courthouse.

When asked whether she supported her son, she simply replied: “I’m his mother, what do you expect?”

The case was postponed to May 6 when a probation officer is expected to take the stand.