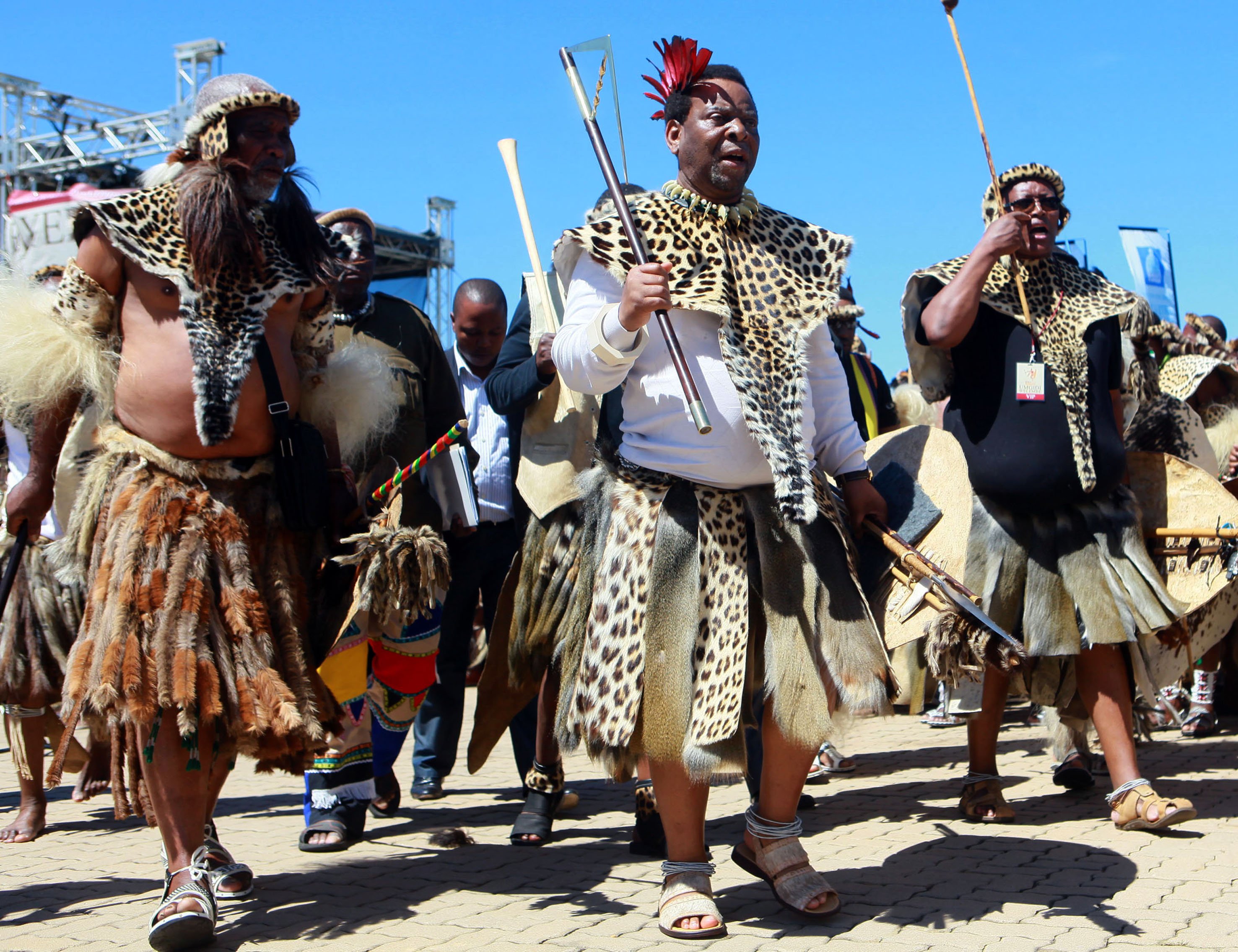 Zulu King Goodwill Zwelithini (C) leads hundreds of traditionally clad Zulus at the launch of " Zulu 200 ",a countdown programme towards 2016 when the Zulu Nation will celebrate 200 years since it's formation by Zulu King Shaka, Saturday 29 September 2012

JOHANNESBURG - South Africans should use and cherish their mother tongues to promote diversity, Culture Minister Paul Mashatile said on Friday.

"We call upon South Africans to take pride in their diversity, including languages, as this is a strength rather than a weakness," Mashatile said in a statement.

Given South Africa&39;s history, it was important for parents to teach their children their own languages and encourage their use, he said.

The day marks the anniversary of the shooting of Pakistani students marching in recognition of their language, Bengali, in 1952.

In South Africa, legislation, such as the Use of Official Languages Act, and the establishment of the South African Language Practitioners Board, was aimed at promoting mother languages.

The arts and culture department in partnership with the University of the North West and Meraka Institute developed translation software for indigenous languages. There was also an accompanying workshop to train parliamentary translators.

"All these efforts should be supported because languages are the most powerful tools of preserving and developing our tangible and intangible heritage," Mashatile said.

"We urge South Africans to get involved in initiatives to promote the use of mother languages as this will boost linguistic, multilingual and cultural diversity and multilingual education and enhance understanding, tolerance and dialogue among and between South Africans and the peoples of the world."