Motion of no confidence in Zuma debate tabled for April 18 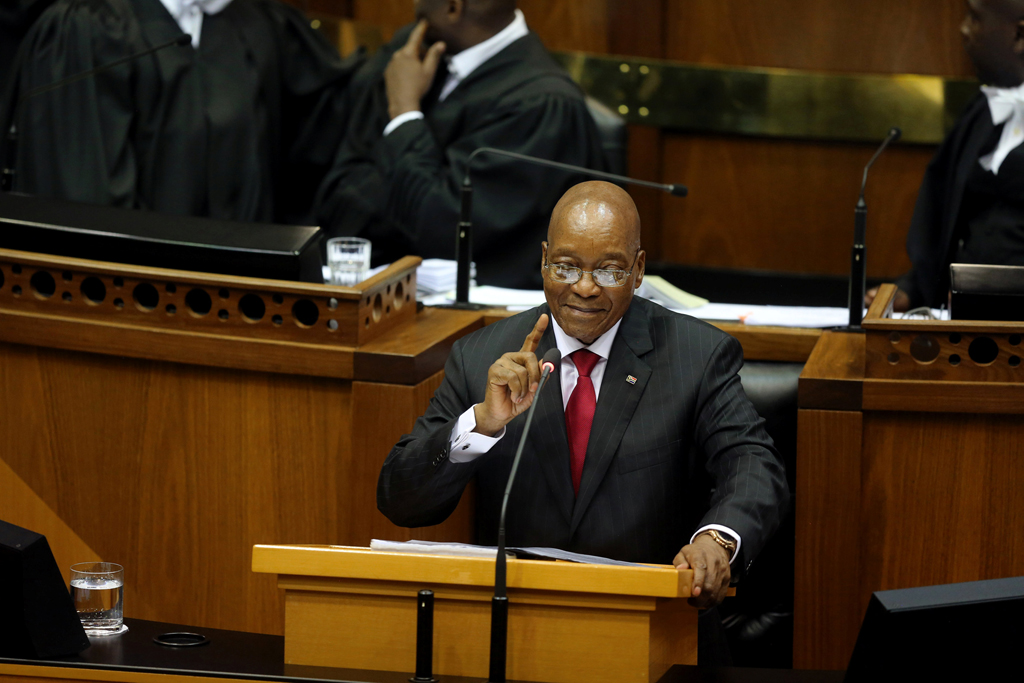 President Jacob Zuma delivers his State of the Nation Address (SONA) to a joint sitting of the National Assembly and the National Council of Provinces in Cape Town, South Africa February 9, 2017.

CAPE TOWN – The no-confidence motion against President Jacob Zuma will be debated during a special sitting of Parliament on April 18 at 2pm.

It will be held during a special sitting of Parliament.

#MotionOfNoConfidence - Speaker of parliament has called for the National Assembly to reconvene on the 18th of April pic.twitter.com/X0cB65zp50

The DA, EFF and the UDM have all been asking for the debate to take place. Parliament is currently in recess, and was only meant to resume next month.

Following the latest reshuffle of Cabinet by Zuma, National Assembly Speaker Baleka Mbete received numerous submissions by opposition parties asking her to urgently convene a sitting to process the proposal for a motion of no confidence in the president.

Mbete had to cut short her trip to Bangladesh where she led a multiparty delegation to the 136th Session of the International Parliamentary Union, to consider the proposal.

eNCA.com will stream the debate.