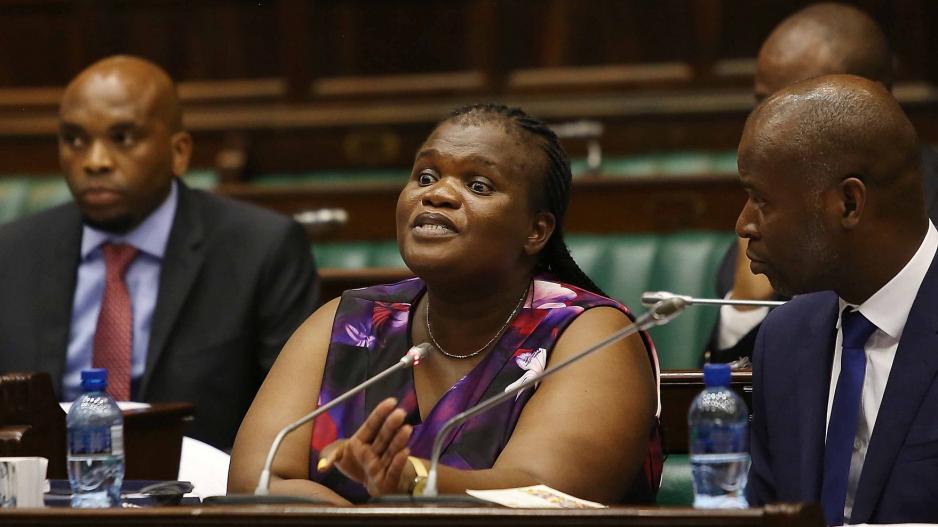 PARLIAMENT – MPs on Friday adopted a draft report following an inquiry into the affairs of the troubled South African Broadcasting Corporation (SABC).

The report will be made public later on Friday afternoon and will also be sent to all affected parties and those who testified during the inquiry.

The report, which contains a summary of testimony, as as well as the observations of the parliamentary ad hoc committee who conducted the inquiry, was supported by all parties, barring the Democratic Alliance, who boycotted the adoption of the report over a decision to omit recommendations.

DA MP Phumzile van Damme and the party’s deputy whip, Mike Waters, objected strongly to the view put forth by parliamentary legal advisors, and backed by the ruling African National Congress (ANC) and all other parties, that there were risks in including recommendations in the document.

MPs from some of the smaller parties represented on the committee felt that including recommendations could see the draft report challenged in court.

@eNCA The best soapie on TV ends with a huge anti climax! What was the purpose of the investigation with no remedial recommendation? #SABC

The report criticises Communications Minister Faith Muthambi for her inaction in dealing with the crisis faced by the SABC. It also criticises Parliament after several witnesses testified that the portfolio committee on communications had failed to exercise its duty of proper oversight over the SABC.

Affected parties have until mid-February to make submissions on the draft report before MPs finalise their report.

“In essence, everybody that gave testimony, including the minister will be given the document. They will be asked to respond to us by the 16th of February at the latest. This committee will reconvene on the 14th,” said ad hoc committee chairman Vincent Smith.

The final report will be adopted by February 22, he said, before being sent to the National Assembly for debate.