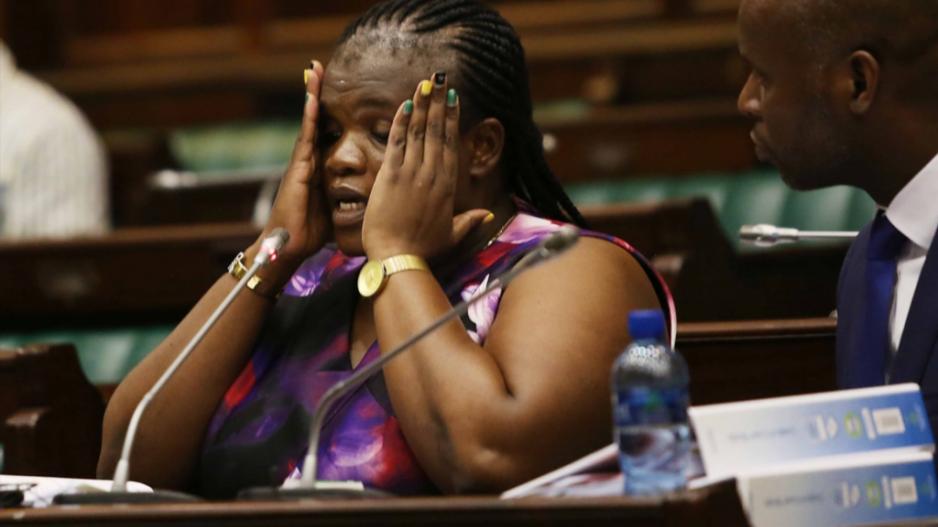 PARLIAMENT – Whether or not Communications Minister Faith Muthambi carried some of the culpability in the mess at the SABC and whether she contravened any laws became a point of contention on Thursday, as MPs debated the contents of their draft report into the public broadcaster.

The DA suggested that the ad hoc committee’s report contain an observation that Muthambi willfully broke the law in several instances and misled Parliament.

“I think we need to state categorically what sections she transgressed,” said DA MP Mike Waters, while also suggesting that a clause dealing with the minister unduly influencing the appointment of Hlaudi Motsoeneng to chief operating officer in 2014.

The ANC's Makhosi Khoza wanted a rephrasing of observations dealing with the minister.

“I agree with that inclusion what [MP] Waters is recommending, however I still think we need to change the wording that the board may have been pressurised. I think we may have to say the board was covertly or overtly pressurised to appoint Mr Motsoeneng in the COO position,” said Khoza.

ANC MP Juli Kilian said while there was adverse testimony against the minister, investigating her conduct did not form part of the committee’s mandate.

“I just want to say that we must just be very mindful of making some comments about the shareholder’s [Muthambi’s] role vis-a-vis the effective functioning of the board… we have not really investigated that,” she said.

“Let’s rather say the committee expresses concern that the minister might have acted in violation of x, y and z.”

The DA’s Phumzile van Damme said the committee’s report needed to be specific about which laws the minister transgressed and what the consequences for such conduct should be. She also suggested Muthambi lied to the committee.

“She overstepped her constitutional duty by pressuring the board to appoint Mr Motsoeneng and she told us she didn’t do that.”

MPs are set to meet tomorrow to finalise their draft report. They would also decide whether they would include a set of recommendations in the report before sending it to affected parties.

The report is expected to be finalised by February 23 before it goes before the National Assembly for debate.