MPs grill Lynne Brown and board on Eskom saga 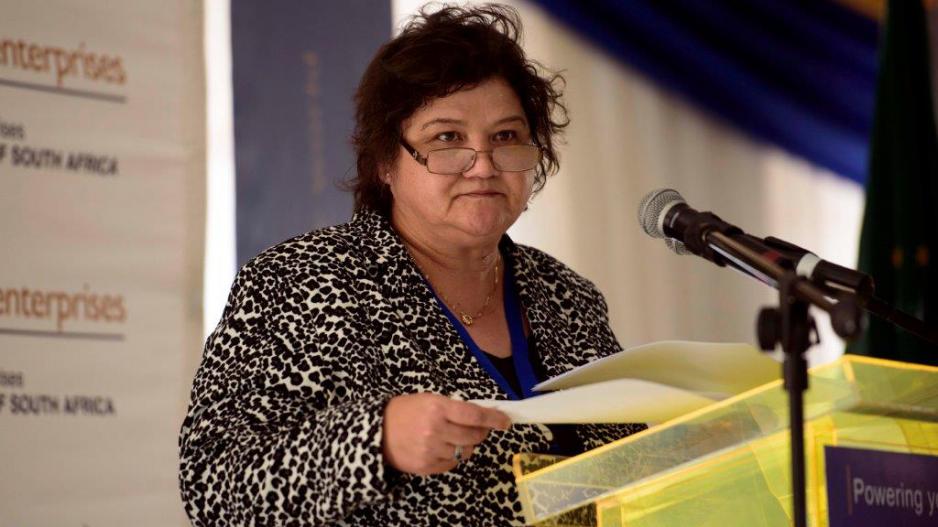 The Minister of Public Enterprises Lynne Brown Medupi during the opening of Medupi power station's Unit 6 on August 30, 2015 in Lephalale.

PARLIAMENT - Public Enterprises Minister Lynne Brown says she won’t challenge a court bid by the Democratic Alliance (DA) and the EFF, to set aside the appointment of Eskom CEO Brian Molefe.

Brown was in the firing line in Parliament on Tuesday over Molefe’s controversial return to the parastatal.

She faced a grilling from MPs, including former finance minister Pravin Gordhan.

It appears Brown has a lot of explaining to do, as confusion reigns over Brian Molefe.

Last November, soon after being implicated in the State of Capture report, the Eskom CEO resigned - or so we thought.

Following an outcry over an apparent R30-million pension settlement, it emerged Molefe had actually tried to take early retirement. However, this application was rejected as he didn't qualify, and he was subsequently reinstated as CEO.

Molefe now says he is in fact on unpaid leave, even though he served in Parliament during the time he was not Eskom CEO.

His fate now lies with the courts, and Brown says she won’t oppose an application by the Democratic Alliance.

"Having had the opportunity to appraise the issue I have decided that I will abide by the court's decision on the legality of Molefe's return. When the board approached me to inform me, I said I would support it on the proviso that it was legal."

Brown says she was also under the mistaken impression that Molefe had resigned.

She also denied receiving instructions from the president, but opposition MPs aren’t buying it.

"Surely you can’t be sworn in as an MP if you are still a CEO on unpaid leave. These things do not make sense and as South Africans we have every right to be furious."

READ: Guptas will be delighted by MP Molefe: DA

EFF MP, Floyd Shivambu also weighed in on the issue, calling for respect for Parliament.

"There were interviews conducted to the appointment of Eskom CEO. Why? Because there was a vacancy created by the resignation of Brian Molefe who was an MP and could therefore not be in the employ of the state,” Shivambu said.

Former finance minister and ANC MP Pravin Gordhan, pulled no punches, when he made a surprise appearance at the committee meeting.

READ: Gordhan lashes out at Eskom board

“The board lives in its own oblivion but the public is connecting the dots and they are increasingly aware that you are abusing state funds and resources in the name of yourselves, and you are part of a conspiracy to capture Eskom for the purposes for the benefit of the few. That is the reality," he said.

Gordhan has also called for the board to either resign or be dissolved.

Board chairperson Ben Ngubane, however, has defended its actions.

"Start the inquiry, start the commission, take every recording, take all the minutes and the reports to Treasury, let it be examined carefully and then you can pass judgment on this board," he said.

"I will defend this board till the end so I know how strenuous it has been."

Opposition parties are pushing ahead with their case to have Molefe’s reappointment set aside.