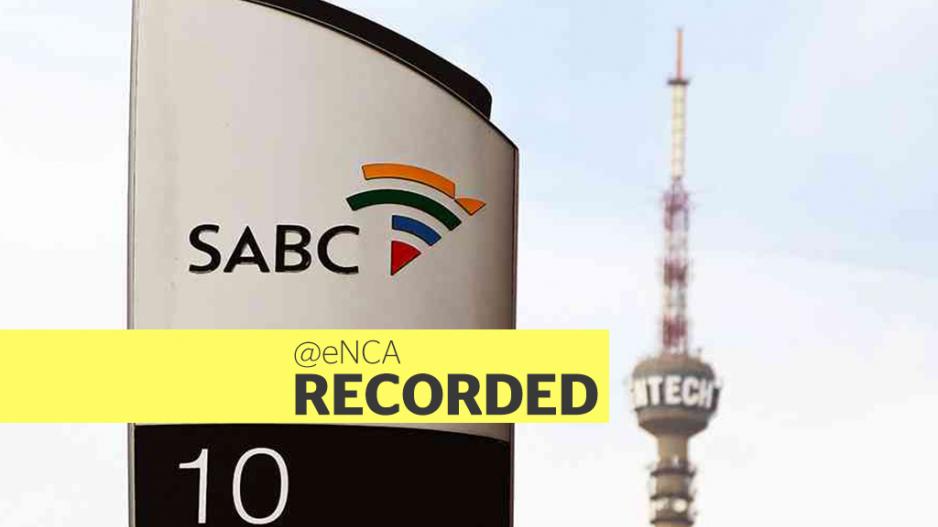 SABC board chair Khanyisile Kweyama will talk about the disciplinary hearing of acting CEO James Aguma at the SABC Radio Park.

* Editor's note: This livestream has ended.

PARLIAMENT - Parliament's Portfolio Committee on Communications is set to interview shortlisted candidates to serve on the new SABC board.

The committee shortlisted 36 candidates for 12 seats.

It agreed that five members of the current interim board deserve spots on the shortlist.

The interim board has been praised for doing a good job in restoring the public broadcaster's credibility.

Parliament published the candidates' CVs and the public could comment until Tuesday.

The committee set itself a deadline to present final candidates by September 4.

Meanwhile, MPs heard about another bitter boardroom war at another state-owned entity.

The committee sat on Tuesday to listen to a routine presentation by the Media Development and Diversity Agency (MDDA). They heard how board's chairperson and acting CEO are at war with one another.

The MDDA was established to support community journalism and promote diversity in media ownership.

Neither the Communications Minister nor her deputy showed up to account to the committee.

The MDDA's three-member board proceeded to deliver a fairly standard report on what it does with the sixty million rand it gets from government and the private sector.

And then, the acting CEO – its seventh one – Donald Liphoko said no – painted a picture of boardroom hell.

“I have a different view. What I see is the three members installing a culture of intimidation, giving all interference in the operations of the agency. And the modus operandi is straightforward. They target non-co-operating employees, they arbitrarily change their responsibilities, assassinates their characters.”

READ: Muthambi, others named as potential liars at SABC inquiry

After Liphoko accused MDDA board members of lying to the committee, of possible corruption, and of defying the deputy minister, board members began to perspire.

It was so awkward, that Portfolio Committee Chair Humphrey Maxegwana intervened and asked board members to stop pulling faces.

“I can see board members looking uncomfortable on what he is saying but please don’t so that. Your time will come. No shaking of heads and gestures of hands, please. Let him finish.”

Liphoko continued with his revelations.

“They are busy – I mean really destroying an organisation, ” said the EFF's Mbuyeseni Ndlozi.

MPs then excused the board and acting CEO and asked them to try to patch things up on the plane home.

Some MPS on the Committee believe the person responsible for the mess at this state owned entity is former Communications Minister Faith Muthambi. She has been moved to Public Service and Administration and so it will be up to the new Minister of Communications, Ayanda Dlodlo to clean up the mess.