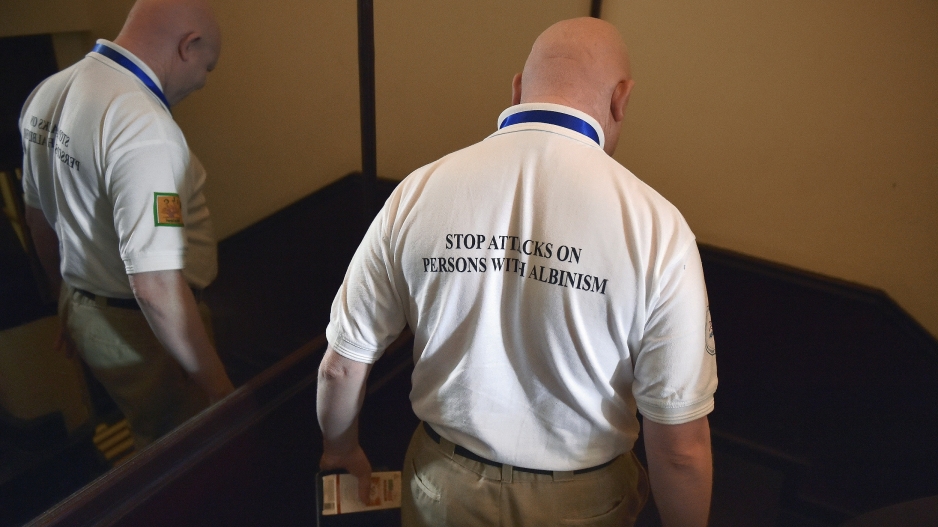 File: A traditional healer was arrested in connection with the kidnapping and murder of two children -- one them an albino -- of Hlalanikahle in eMalahleni.

EMALAHLENI - The ANC Mpumalanga will soon meet traditional healers as part of its efforts to make people living with albinism safe, the ANC said on Saturday.

ANC Nkangala regional chairman Speedy Mashilo said the meeting was prompted by the arrest of a traditional healer in connection with the kidnapping and murder of two children -- one them an albino -- of Hlalanikahle in eMalahleni. He said the incident might be related to ritual practices.

“A good traditional healer does not kill people,” said Mashilo while addressing community members outside the home of the murdered children in Hlalanikahle.

Gabisile Shabane, a 14-year-old girl with albanism, and a 15-month-old boy Nkosikhona Ngwenya were kidnapped from their home in Hlalanikahle on 28 January, allegedly by three men who entered the house after breaking a window.

The body of one child was discovered in Cullinan, east of Pretoria and the other was found on the side of the N4 earlier this week, Mpumalanga police spokesman Brigadier Leonard Hlathi said.

A 32-year-old traditional healer was arrested on Tuesday night in connection with the incident. The man was remanded in custody when he appeared in the Witbank magistrate’s court on Wednesday, and was due back in court on 26 February for a formal bail application, Hlathi said.

Mpumalanga community safety MEC Pat Ngomane urged community members gathered outside the home to work with the police in the fight against crime.

“The person who did this might be here among you. If we work together in the fight against crime we are going to have a lot of successes.

"If there are traditional healers who are causing problems, show them to us," Ngomane said.