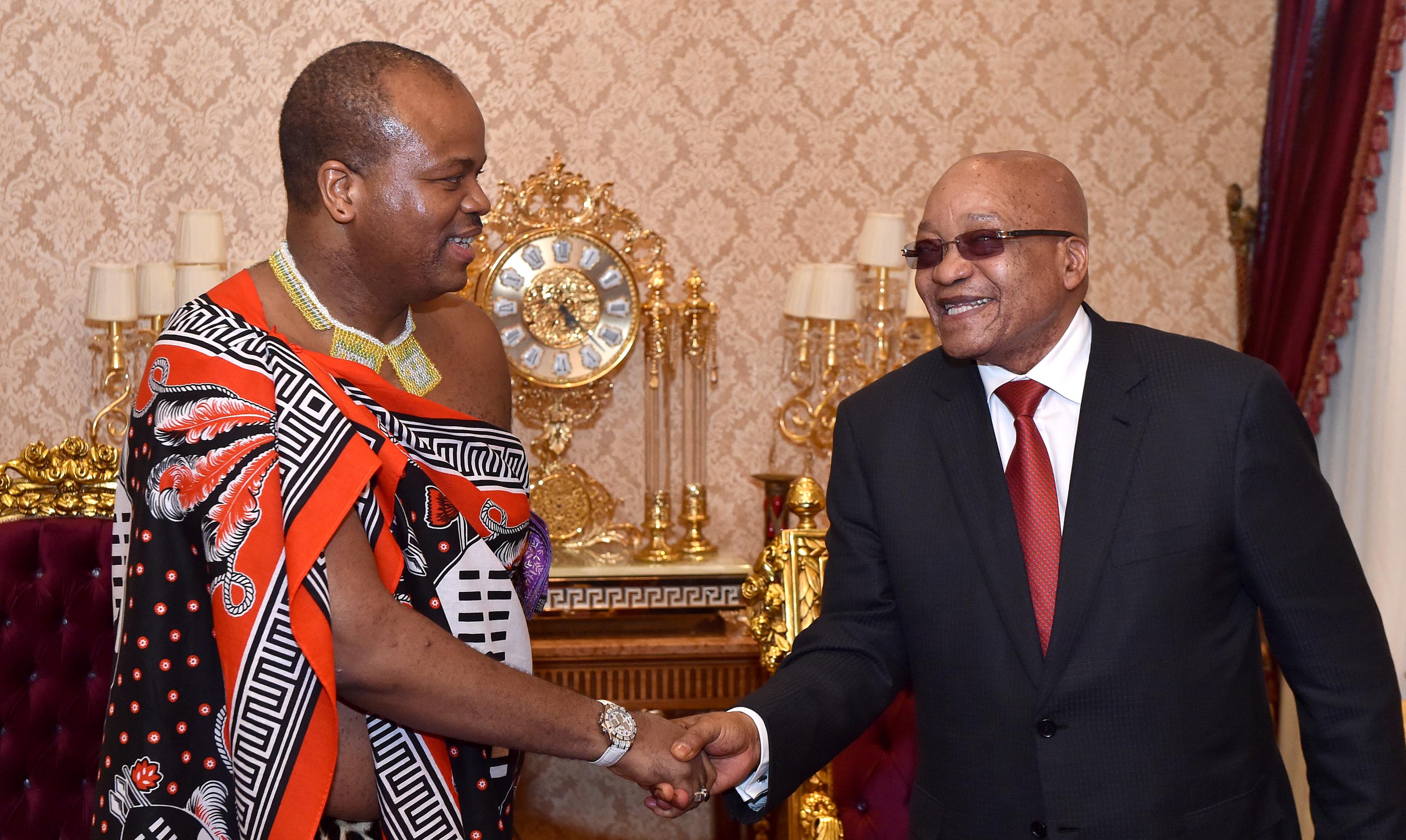 President Jacob Zuma with King Mswati, the meeting is based on President Zumas consultation with Heads of State and Government of member states of the Southern African Customs Union.

“For Swazis it is very upsetting when a whole leader is interrupted when delivering his state-of-the-nation address. We were very disheartened by events in that country during President Zuma’s Sona. A state-of-the-nation address cannot be delivered by everyone, but by one who is in the leadership position. We expect a leader to be supported during the task,” Mswati said.

Zuma’s two most recent state-of-the-nation addresses delivered to South Africa’s Parliament have seen walkouts by opposition parties, mainly the Economic Freedom Fighters. Walkout participants in 2016 said they were protesting Zuma’s “criminal” use of state funds to renovate his private homestead at Nkandla in rural KwaZulu-Natal.

In Swaziland, organised political opposition to royal rule is banned under a 1973 emergency decree issued by Mswati’s father king Sobhuza. Swaziland’s attorney general last week confirmed that the world’s longest state-of-emergency had never been called off.

“We heard there was a long dragging court case in South Africa, but the president ended up apologising for any wrongdoings that could have occurred,” Mswati said.

Mswati has 15 wives, and National Geographic recently reported that he lives in 13 palaces. The costs of building and maintaining the king’s homes are included in the national budget.

Zuma thoroughly enjoyed the pageantry staged for Mswati at the southern provincial capital Nhlangano. The president glowed at Mswati’s praise for him and nodded in agreement as the king castigated Zuma’s political opponents.

When the time came for him to speak Zuma was full of praise for Mswati, who spent the day in a military uniform festooned with sashes and medallions.

“I have accepted the message you have given to me to take back to my country. You have directed that to have peace one must show respect. Thank you for your wise words and I hope the whole of South Africa was listening and heard you very well. I hope they will take your advice very well,” Zuma said.

Zuma referred to Swaziland as his home. “For me Swaziland is my home and it feels good to be back home,” he said.

The official reason for Zuma’s visit was to discuss changes to the Southern African Customs Union (Sacu) which comprises South Africa, Swaziland, Botswana, Lesotho, and Namibia.

Zuma has already been to Botswana and Namibia to discuss these changes with their leaders and said this week he was trying to arrange a visit to Lesotho.