Mugabe: Say no to term limits and the West 'sucking oil' in Africa 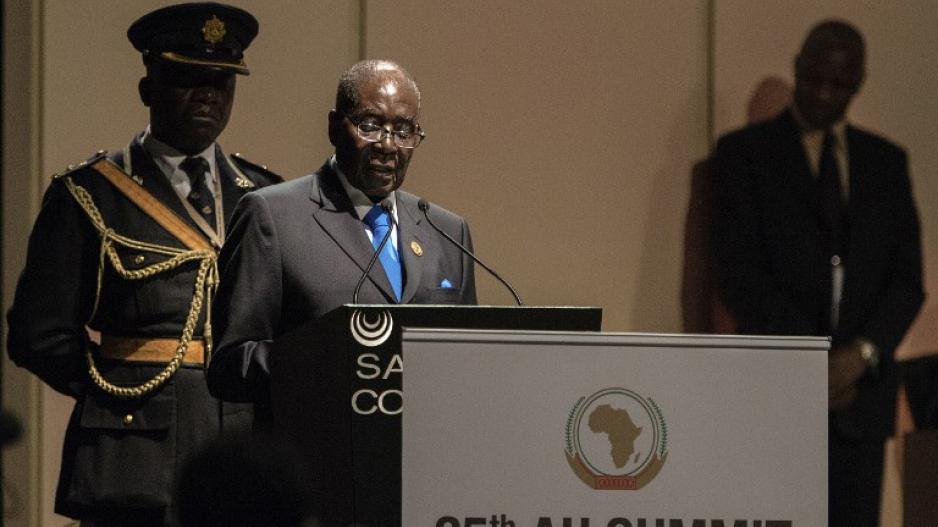 Mugabe, also chairman of the AU, was speaking at the African Union Summit on Sunday.

"Bush and his brother had the company sucking oil in Iraq. These are facts."

The Zimbabwean President, who’s led his country for 35-years slammed the two-term limit for presidents accepted by many African states.

"We put a yoke around our necks and say leaders must have two terms...its democracy, if the people still want the leader, let the leader continue."

He also called for peace and stability in the continent.

Mugabe said this year's AU theme was a fitting tribute to the emancipation of women.

"The adoption of this by AU assembly is a clear testimony of Africa’s resolve to ensure that our commitments to gender equality as enshrined in the relevant AU instrument that we have developed over the years are effectively implemented."

"They are today’s living testimonies of the achievements we have attained over the years in the area of women empowerment."

South African President Jacob Zuma also spoke at the opening of the summit and said it was high time Africa funded it's developmental needs.

The signing of a number of treaties and agendas form part of the summit's agenda.

The conference will close on Monday.