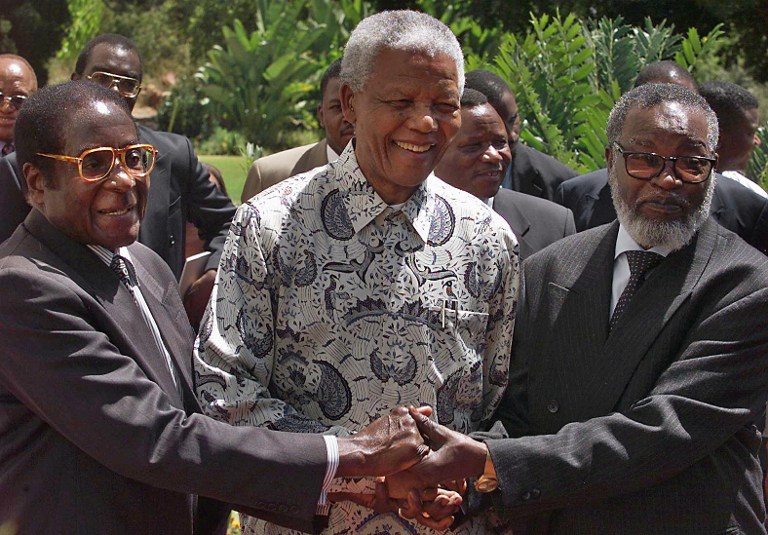 The 93-year-old leader is not letting go of the matter of Mandela and land redistribution in South Africa.

Speaking at a funeral in Harare, he said Mandela made too many concessions towards the white minority.

"I asked one of the ANC ministers, how come whites have been left with so much power and he said it was because of your friend Mandela, he is the one who made mistakes,” Mugabe said.

“He said to everyone, ‘Go back and I will go alone.’ Yes, he might have been a lawyer but support was needed."

Mugabe’s wife, Grace, appeared in public for the first time since the incident at a Johannesburg hotel where she was accused of beating up a young South African woman, Gabriella Engels.

She did not comment on the incident in Johannesburg or the South African government granting her diplomatic immunity.

The Zimbabwe government has also not commented.