Muthambi forced to defend US trip 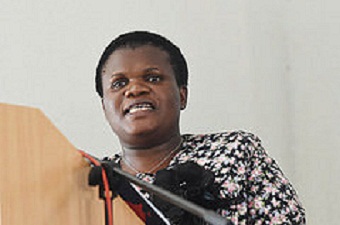 CAPE TOWN - Communications Minister Faith Muthambi was forced to defend a state-funded trip to two lifestyle fairs in the United States on Thursday after the Democratic Alliance accused her of wasting R600,000 on events that were irrelevant to her portfolio.

Muthambi countered through her spokesman that the actual cost had come to only half that amount and that she had helped to promote local crafts.

This was after a reply from Muthambi to a parliamentary question revealed that she spent more than a week in the United States attending the Atlanta Lifestyle Hub Show and the Santa Fe Folk Art Market in July, along with her chief of staff, her bodyguard and an assistant director in the communications department.

The reply indicated that the financial implications of the trip was R593,516.

Said DA spokesperson on communications, Gavin Davis: “Minister Muthambi’s decision to spend R600,000 of public money on a nine-day trip of this nature is certainly questionable.

“The South Africa Lifestyle Hub in Atlanta is a permanent showcase of high-end products for sale to the American market. According to the Lifestyle Hub website, ‘a unique array of furniture, home dcor, and giftware all handcrafted from hide, beads, clay or fine linen’ are on display.

"The Sante Fe Folk Art Market is an exhibition of folk art from around the world,” he added.

“Both events have very little to do with the minister’s mandate. Instead of attending international lifestyle and art shows on the taxpayer’s dime, Minister Muthambi should be focusing on the core business of her portfolio: to ensure that South Africans are informed of their rights and government services available to them.”

However, Muthambi’s spokesman Mishack Molakeng said the reply had included the estimated cost of the trip, not the amount actually spent.

“The department of communications would like to put it on record that Minister Faith Muthambi did not spend R600,000 as claimed by Mr Gavin Davis…

"The invoices received by the department for travel related costs including connecting flights within the USA amounted to R305,327 including the delegation.”

Molakeng added that Muthambi had been invited by the department of small business development to help promote locally manufactured craftware internationally and that her department’s mandate included supporting creative industries with a view to content development.

“The DoC has a mandate to support the development of the creative industries, particularly in relation to content development in the country.

"It is therefore, incorrect for Mr Davis to insinuate that the trip has little to do with the work of the department.”

Molakeng quoted Muthambi as saying: “We need all strategies for broadcasting content, we will soon have multiple channels, we need to embrace (sic) ourselves for that moment, and the meeting with the creative industry in Atlanta paved way for collaboration”.