Malawian in Rosettenville: My house was torched for no reason 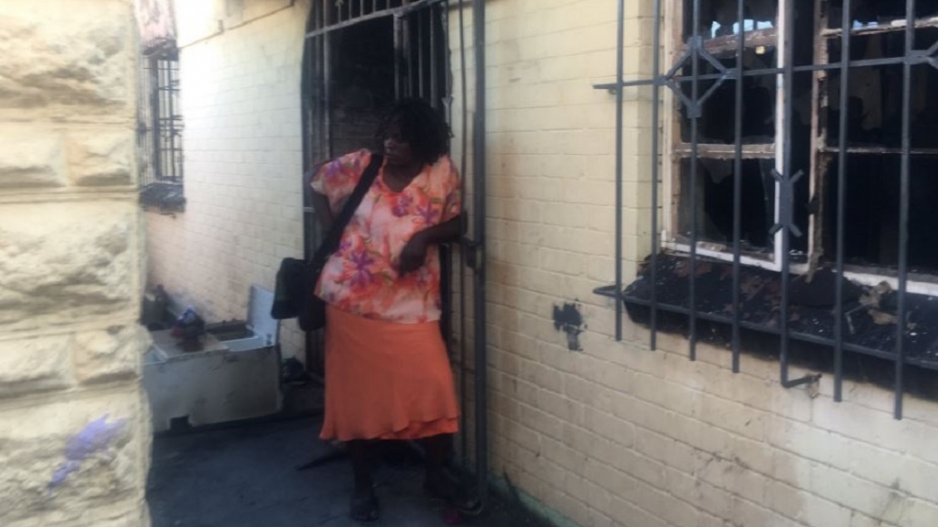 Mwalen is one of several residents left homeless after community members allegedly set their homes on fire.

This follows a wave of violent protests in the area over drugs and prostitution that has resulted in more than 10 houses believed to be drug dens being torched on Saturday.

“I have nowhere to go, I have got a kid and on Saturday night I slept outside with the kid outside, no food no clothes who is going to help me,” a devastated Mwalen said.

Mwalen said had been caught in the crossfire between locals and foreigners.

“I am an innocent woman, these people are saying that this house belongs to Nigerians and I am not Nigerian,” said Mwalen from her burnt house.

“I have been in this house for three years and I have not seen mistakes from here. Before they burn they must ask us if you are a Nigerian or where you coming from.

“I am Malawian, my husband is Malawian and all my sisters Malawian. I feel bad, I don’t know where to go. Some people whom I don’t know helped me with money to sleep at the lodge last night but what about today?"

Mwalen said she had lost everything she owned, including money and almost 80 pairs of shoes which were supposed to be exported to her homeland.