My mother was my everything: son of Soweto femicide victim 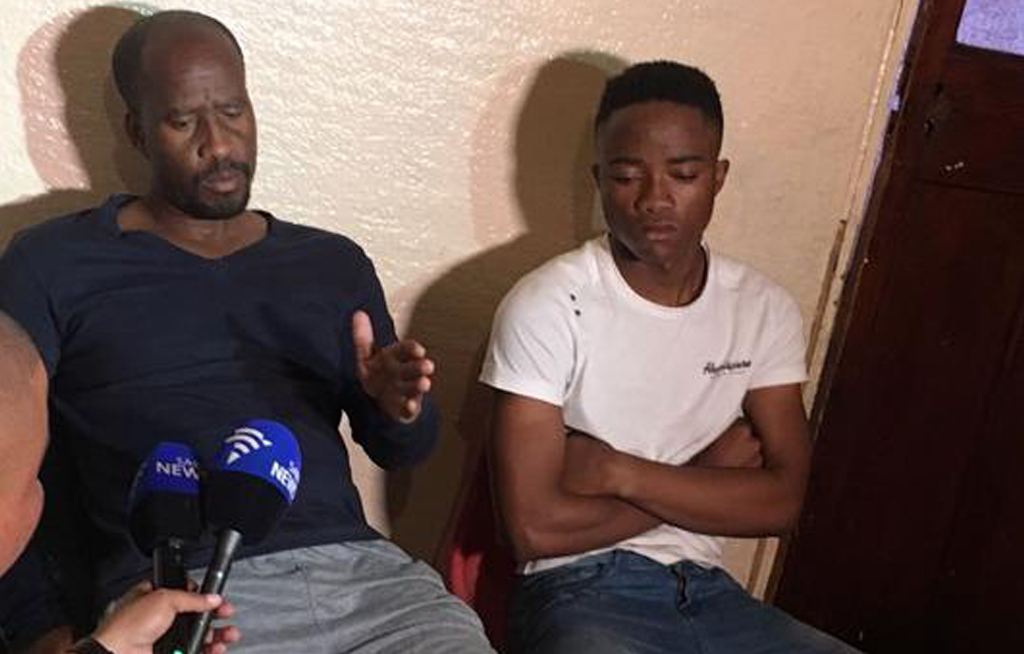 Mthunzi Mbuyisa (in white t-shirt) with his uncle Dumisani Mbuyisa.

JOHANNESBURG - Nomsa Maduna -- who was murdered in Soweto allegedly by her former lover -- was everything to her son, Mthunzi Mbuyisa, who on Friday gave an emotional account of his mother&39;s love.

“My mom was my everything, my life,” said Mbuyisa trying to hold back tears.
Maduna was shot and killed allegedly by her former lover in Mofolo on Wednesday morning.
Mbuyisa said his mother was everything to him, she was the one who did everything for him because his father was not working.
“My father was a big criminal, he never worked anywhere the only work he does was committing crimes, I&39;m not even proud to call him my father because of the things he has done,” Mbuyisa said.
“I feel like the police have betrayed us. My father had lots of police friends so when my mother went to open a case, the dockets will just gone missing and that is why he was never arrested,” Mbuyisa told the media.
Mbuyisa said when his father killed his mother that was the most tragic moment of his life and nothing will erase that from his mind.
"I don&39;t think they will be something that will ever erase that moment in my life," Mbuyisa said.
"The worst part is that I witnessed everything -- my mother was shot in front of my eyes," a traumatised Mbuyisa said.
Gauteng member of the executive council (MEC) for Community Safety Sizakele Nkosi-Malobane also visited the family on Friday and agreed that the Maduna family was failed because it was an old matter and the family raised their concerns.
"We believe that something could have been done to protect and save Maduna if the police and the community could have acted immediately."
Maduna will be laid to rest next week Saturday