MyCiTi has ferried 31-million passengers since 2010 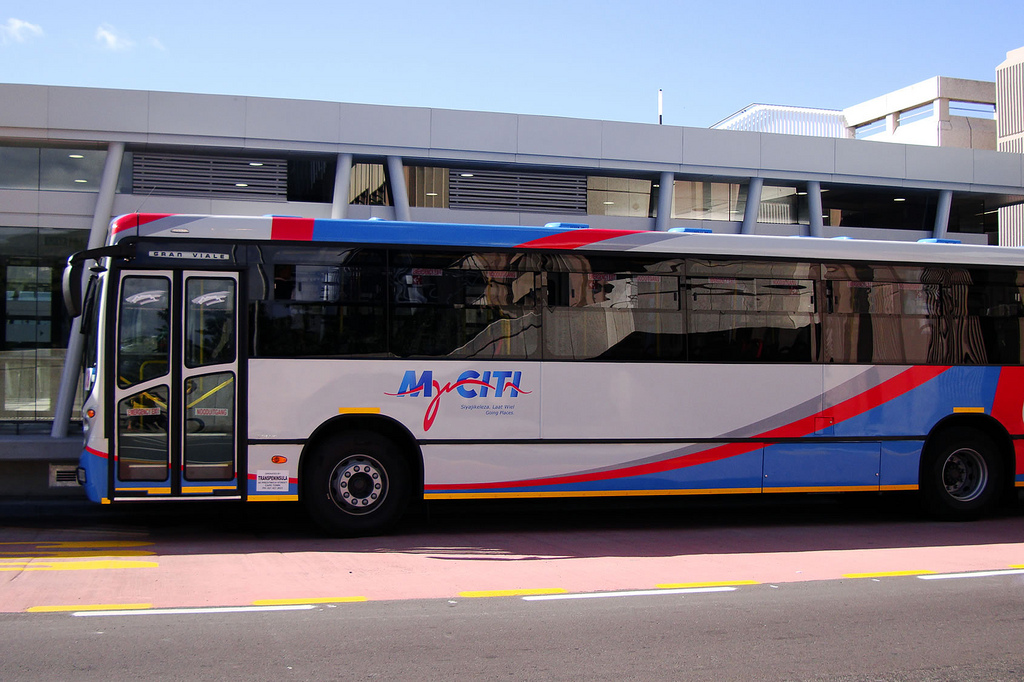 CAPE TOWN - Since its launch five years ago, the MyCiTi bus service has recorded about 31.1 million passenger journeys, the City of Cape Town said on Sunday.

“When we rolled out the first routes in the run-up to the 2010 FIFA World Cup™, we could never have imagined that the MyCiTi service would be growing at such a pace,” said Cape Town mayoral committee member for transport Brett Herron in a statement.

“We are now transporting nearly 48,000 passengers every weekday. On average, the MyCiTi buses cover a distance of over 1,270,000 kilometres each month and have become such an integral part of Cape Town that one can hardly imagine our city without them,” he said.

Since May 2010, Transport for Cape Town, the city’s transport authority, had steadily rolled out routes within the city bowl and also to destinations further afield, linking areas such as Hout Bay, Imizamo Yethu, Hangberg, Atlantis, Table View, Dunoon, Century City, the Cape Town International Airport, and parts of Mitchells Plain and Khayelitsha with the Cape Town central business district.

“Affordable, safe, and efficient public transport networks are also a critical element in breaking down apartheid-era spatial planning, and as such we will focus on those communities who live far away from opportunities.”

“As we are extending our footprint across the city, we are also inspired by the enthusiasm with which the communities from Mitchells Plain and Khayelitsha have embraced the N2 express service,” Herron said.

Since the launch on July 4, 2014, of the MyCiTi N2 express service from Mitchells Plain and Khayelitsha to the Civic Centre Station in Cape Town, nearly 900,000 passenger journeys had been recorded.

The uptake of the N2 express service was still steadily increasing, with a total number of 84,873 passenger journeys recorded in July 2015 – an increase of nearly four percent in comparison with June 2015.

“Our target is to be on time 85 percent of the time, with on time being defined as buses being between two minutes early and five minutes late, as per the international norm.

“We monitor the adherence to time schedules with CCTV cameras along the routes and I am proud that we succeed in maintaining this high standard most of the time,’ said Herron.