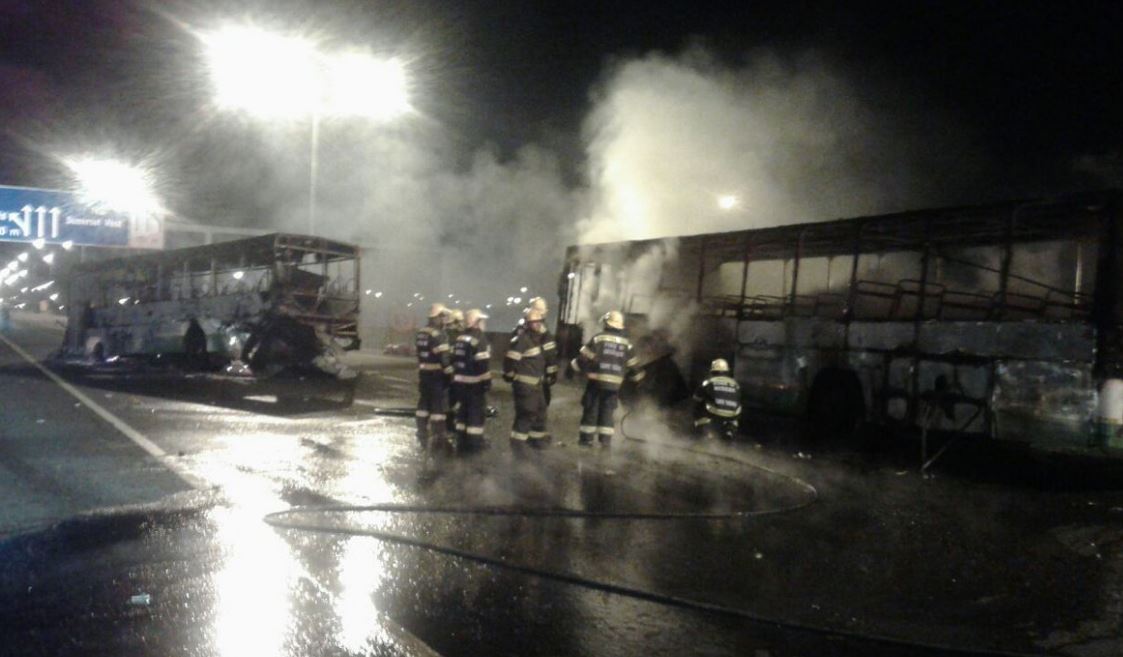 Two buses were gutted burnt by protesters on Wednesday night.

CAPE TOWN - The N2 has been reopened following a protest near Cape Town International Airport.

Authorities are keeping a close eye on the situation.

Two buses were gutted by protesters and two people have been arrested.

Traffic on the busy highway was brought to a complete standstill.

"We have confirmed that it&39;s a disagreement between community members or ANC activists about the nomination of a Mr Ngcobo as the ward candidate, so there&39;s some conflict

"We have offered a reward for information as to the instigators because theres quite a bit of private property and government property that&39;s been damaged."