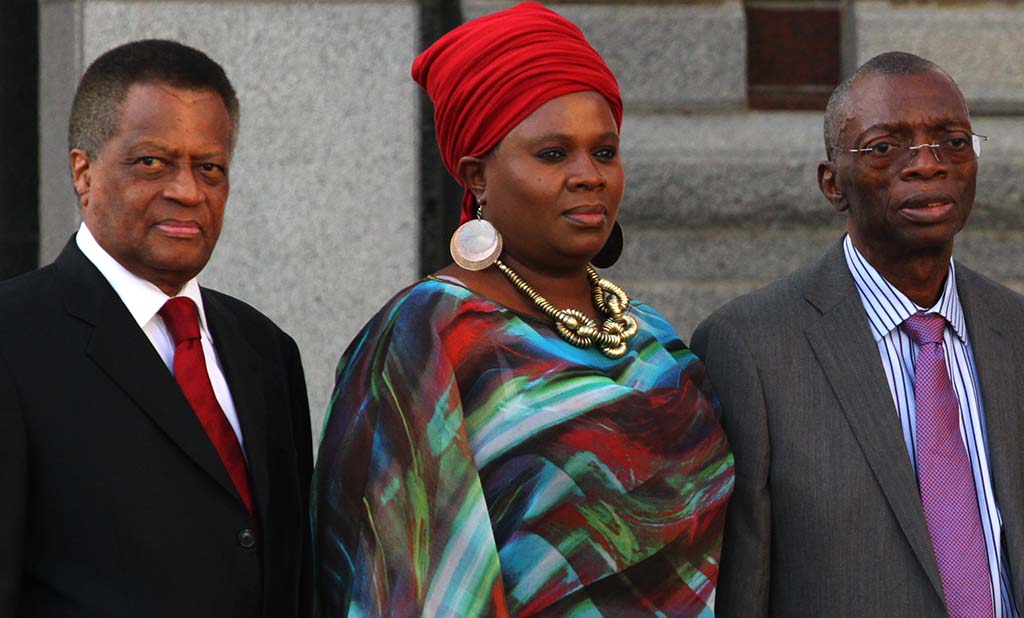 Former Chief Justice Pius Langa (right) and Speaker of the National Assembly, Max Sisulu (pictured left) arrive at the opening of the 2013 State of the Nation Address at Parliament in Cape Town, South Africa.

JOHANNESBURG - National Assembly speaker Max Sisulu is considering the request for the establishment of an ad hoc committee and initiation of impeachment proceedings against President Jacob Zuma, his office announced on Tuesday.
"Public Protector Thuli Madonsela has not submitted her report to Parliament," Sisulu said in a statement.
"However, she reportedly would be submitting it to the president [Zuma] for perusal and comment in accordance with provisions of the Executive Members Ethics Act."
The Democratic Alliance&39;s leader in parliament Lindiwe Mazibuko requested parliament on March 20 to establish an ad hoc committee and the initiation of impeachment proceedings against Zuma.
Her request followed the tabling last week of Madonsela&39;s report on upgrades to the president&39;s Nkandla residence in KwaZulu-Natal.
Sisulu said in terms of the Ethics Act, and as per Madonsela&39;s pronouncement when she made her report public, Zuma must, not later than 14 days, submit a copy of Madonsela&39;s report to the National Assembly.
This would be accompanied by his comments and any remedial steps taken or intended to be taken.
The National Assembly was awaiting the outcome of this process, said Sisulu.
"Once received, the report and other documents would be tabled and then formally served before the National Assembly and its committees."
Earlier, Mazibuko said she had written back to Sisulu on Tuesday, "requesting clarity on when this crucial decision, which is given effect to by the Constitution, will be made".
She had reminded the Speaker that her motion should not be dependent on Zuma replying to parliament.