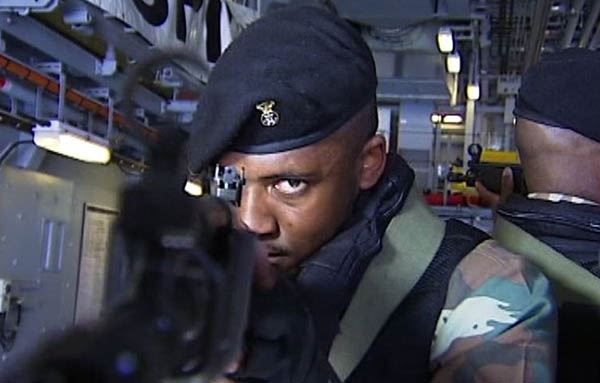 SIMONSTOWN - The South African Navy left for an extended military operation on the West Coast of Africa on Wednesday.

The navy is confident it is well equipped to deal with any security situations, such as attacks by pirates.

A 180 person crew, that included the specialised Maritime Reaction Squadron, has set sail on the SAS Spioenkop for the West Coast of Africa.

Along the way they are expected to carry out joint exercises with navies in Namibia, Angola, Nigeria and Ghana.

The crew will conclude the operation by participating in the Sea Power for Africa symposium in Senegal.

“This deployment allows us to visit our neighbours on the west coast and interact with them, share best practices and just rub shoulders, where we don’t always have the opportunity to do that,” explained Captain Chris Manig.

The South African Air force withdrew one of its Lynx helicopters at the eleventh hour but the navy believes it will still put up a formidable defence without the aircraft.

“We are going into a high piracy environment, in the Niger Delta particularly. There’s a lot of piracy activities there. Probably more so than on the East Coast. It just doesn’t get publicised as much as Somalia, but still a very real threat,” Manig said.

Despite its macho image, the military operation is no boys’ club.

“You get used to the fact that you work with men and you even start to forget sometimes that you are a woman, because the job that you do does not specify must you be a man or a woman. So at the end of the day that is what you’ve trained for and that is your job,” says Lieutenant Maydene Lamini.

With this military operation, the South African Navy hopes to maintain its strong presence in Africa and, more important, to strengthen its relations with countries in the region.

The SAS Spioenkop and its crew are expected to return to Simonstown on November 22.