The need for bees 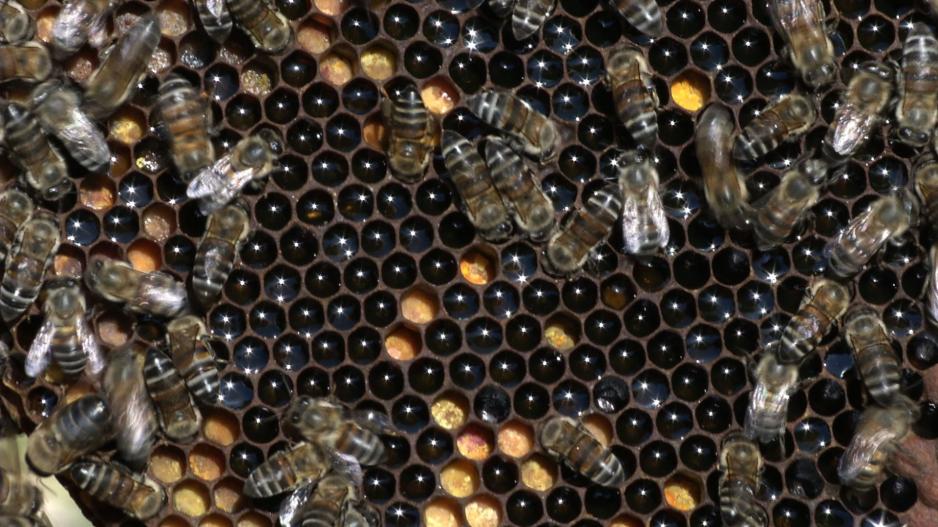 They are estimated to be responsible for one of every three bites of food we take, yet the health and future of bees remains at risk worldwide.

CAPE TOWN - Cape Town based apiculturist, Paul Ransom, is starting to feel the sting of a lifetime spent dedicated to the cultivation and preservation of bees.

After 25 years in the industry Paul is considering hanging up his bee veil and snuffing out his smoker as he becomes ever more pessimistic about the future of commercial beekeeping in South Africa.

“With all the risks and costs involved, the revenues from beekeeping are just not what they used to be. It is a great hobby, but commercial beekeeping is a very difficult thing these days,” says Ransom.

It is estimated that bees are responsible for the pollination of 35% of the food crops that are consumed globally by humans, and locally the indigenous honeybee is regarded as the most important pollinator of many of South Africa’s food growing crops.

“Without bees the world would be a vastly different place,” says senior researcher at the Agricultural Research Council Mike Allsopp.

“Our crops would be drastically reduced and the availability and cost of food would be greatly affected as well. Remember that meat and dairy industries rely on animals being able to feed on these crops as well,” said Allsopp.

In the Western Cape alone, Ransom estimates about 60 000 hives are required to service the numerous deciduous fruit and seed crops in the province alone.

Throughout the rest of the country hundreds-of-thousands of hives, each carrying about 50,000 bees, are needed to pollinate food plants, as diverse as avocadoes and berries to citrus fruits, pumpkins, marrows and even nuts.

With only 10% of flowering plants not dependent on animal pollination, bees are estimated to contribute to 95% of the crops that require pollination.

As populations grow, so too does the need for more food. In South Africa, where a recent study by the Human Sciences Research Council (HSRC) showed that 45.6 percent of the population are food insecure, the need for sustainable food crops is ever more apparent.

“The demand for food, especially in developing and first world countries, has grown exponentially,” says Allsopp.

“People want beautiful, unblemished, high-quality fruit, and bees are the only pollinators who can facilitate that.”

While the primary role of most honeybees is for commercial pollination, there are also numerous other byproducts that humans make use of.

Not surprisingly, one of the major ones is honey.

“South Africa consumes about 3 000 tonnes of honey a year,” estimates Ransom, half of which needs to be imported as the demand has outweighed local producers capacity.

Propolis, a resin produced by bees to protect their hives, is also broadly used for medicinal purposes and on various musical instruments. Bees wax is also popularly used in candles.

So what’s bugging the bees?

Bees have in recent years come under massive threat and face serious stress factors that are both negatively affecting their health, productivity and populations. His has consequentially caused a decrease in the number of commercial beekeepers, as well as to the already slim profit margins the ones still in business make.

New strains of viruses and parasites are attacking hives; depleting foraging sites are affecting bee’s dietary needs; and increased pesticide use and poisons on crops are causing distress to the bee’s health and immune systems.

Collectively these can cause, what has commonly become known as, Colony Collapse Disorder (CCD).

Cape Town bee-keeper Brendon Cooper says he first started noticing American Foulbrood (AFB) in his hives in 2009. Since then he says he has had to destroy thousands of bee colonies and says he looses about 25% of his hives every year to the pandemic.

A highly contagious disease, for which there is no known cure, AFB destroys entire colonies by infecting and killing the bee’s embryos and then spreading millions of spores that infect any nearby colonies.

Mites, known by the ominous name Varroa destructors, also feed off bees and infect them with deadly diseases, often leading to hive destructions due to the high cost of controlling and eradicating the parasites.

Many experts believe the increased use of agricultural pesticides is also having an adverse effect on bees, especially neonicotinoid pesticides.

“Other pollutions, such as noise and electromagnetic, can also cause stress in the bees and make them susceptible to infections,” explains Allsopp.

Ironically perhaps, since they are so vital to human food, the biggest threat to local bees and their keepers lies in the bee’s access to food.

“The need for forage sites is growing, yet access to them as well as forage resources continue to dwindle,” says project coordinator at the South African National Biodiversity Institute (SANBI), Carol Poole.

Poole, who heads up the pollination and honeybee project at SANBI, says her team is dedicated to finding ways to increase forage sites for bees in South Africa, which consists mainly of areas that contain enough nectar and pollen from blooming plants to feed the bees.

“We’re looking at what indigenous and exotic crops can be planted and maintained to provide enough forage for bees, because right now there aren’t enough sites to provide for their vaied dietary needs,” said Poole.

Poole says the results from the pollination and honeybee project studies are expected out at the end of this year.

So what can people do to stop the scourge on the bee population?

“Planting bee-friendly plants and flowers in your garden is a start,” says Poole, “encourage your friends and family to do the same, every little bit helps.”

“Consumers can support bee-friendly indicatives and bee-friendly products,” says Allsopp. These include products that don’t use pesticides harmful to bees.

Although rooftop and recreational urban beekeeping has grown in places like France and America, Allsopp advises against such practices in South Africa.

“South African honeybees tend to be more defensive than their European counterparts,” explains Allsopp, “they will defend their hives far more aggressively and once one hive is set-off, nearby ones will react as well.”

“There are very strict bylaws in most municipalities about keeping bees in built up areas, and I think they are a sensible provision,” says Allsopp

Allsopp who has been researching bees for more than 28 years, says there is a dire need for committed commercial beekeepers in the country – a profession that is difficult to get into let alone maintain.

“The government needs to step in and provide and prepare more sites and land for beekeepers,” says Allsopp.

“It takes 20 years to become an effective beekeeper, and the only way to do so these days is to take over someone else’s site, there just aren’t any new ones.”