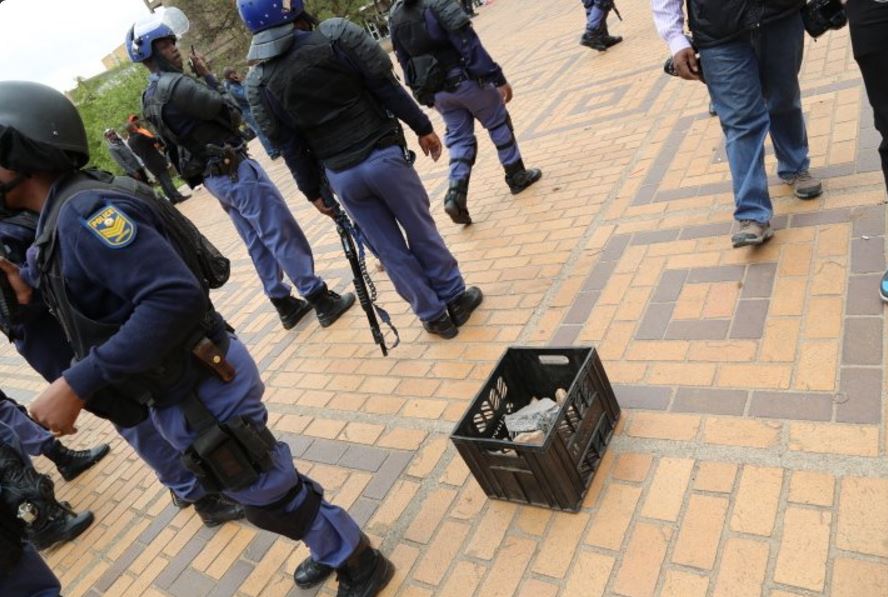 Police officers seen at Wits University on 4 October 2016, with a container holding some of the rocks thrown by students.

JOHANNESBURG - Senior police officers would be stationed at universtities where protesting was taking place to ensure that officials dealt with students according to plan.

Police clashed with students at Wits University on Tuesday, setting off smoke grenades and tear gas.

The students were continuing with their fees protests, forcing university officials to suspend classes until Monday.

The South African Police Service's Head of National Interventions, Gary Kruser, said his priority was to ensure that police de-escalate violence before the situation gets out of control.

"Police should only respond if a real crime is taking place and not to engage with the students," he said.

Kruser said with proper deployments and briefings would prevent violence from escalating.

He said once an agreement was reached on how the protests should take place, the police were within their rights to enforce this.