Nehawu members down tools at Unisa 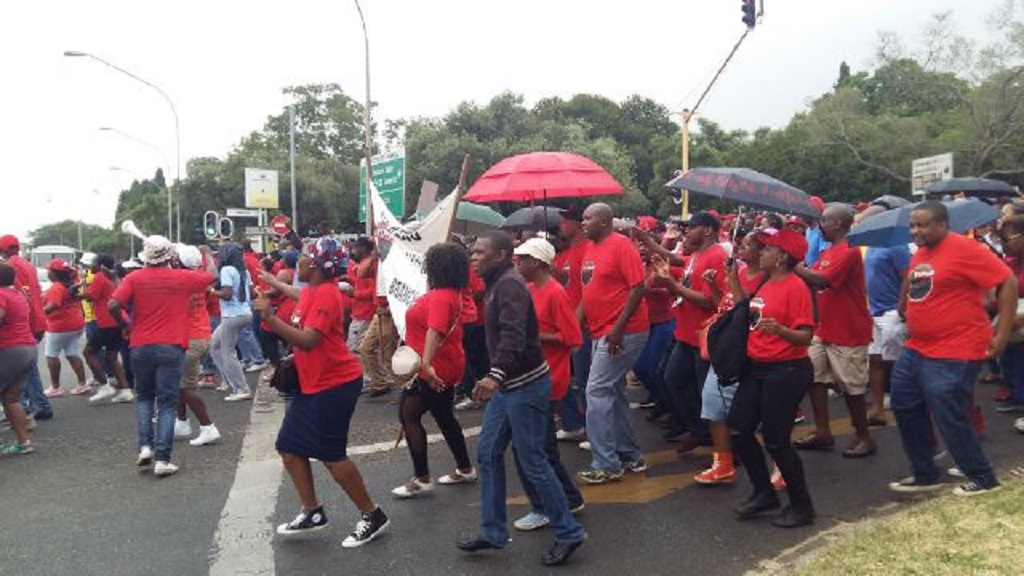 The union says it was left with no choice but to down tools after wage negotiations with the university were unsuccessful.

Talks between Nehawu and Unisa commenced in November 2016 with the union demanding a 14 percent salary increase however the university offered 4.5 percent.

The matter was then referred to the Commission for Conciliation, Mediation and Arbitration (CCMA) for resolution.

In an attempt to afford the two parties the opportunity to resolve the dispute in an amicable manner, the matter was set down for conciliation by the CCMA on Tuesday and as a result of the failed talks, the CCMA issued a certificate of non-resolution of the dispute which has resulted in Nehawu taking industrial action.

“We began with protests from Monday but from today onwards it is a full strike and we will shut down Unisa campuses,” said Nehawu spokesman Khaya Xaba.

“We took the negotiations to the CCMA but after that failed, we received permission from them to strike.”

Xaba says they haven’t received communication from university management as of yet.

Unisa said that it has been operating on a deficit of approximately R1-billion in the last two years and that their decision has been influenced by its financial difficulties.

“The university is currently in the process of absorbing an additional 910 staff members as a result of the agreement reached with Organised Labour and other formations on the insourcing of previously-outsourced services,” said the Unisa spokesperson Martin Ramotshela.

“There is currently uncertainty with regard to the question of university fees for 2017, including likely challenges on the question of historical debt and the collection thereof.

“Any financial commitment that the university makes at this stage, including on staff costs, must ensure the future sustainability of the university and safeguarding of jobs .”