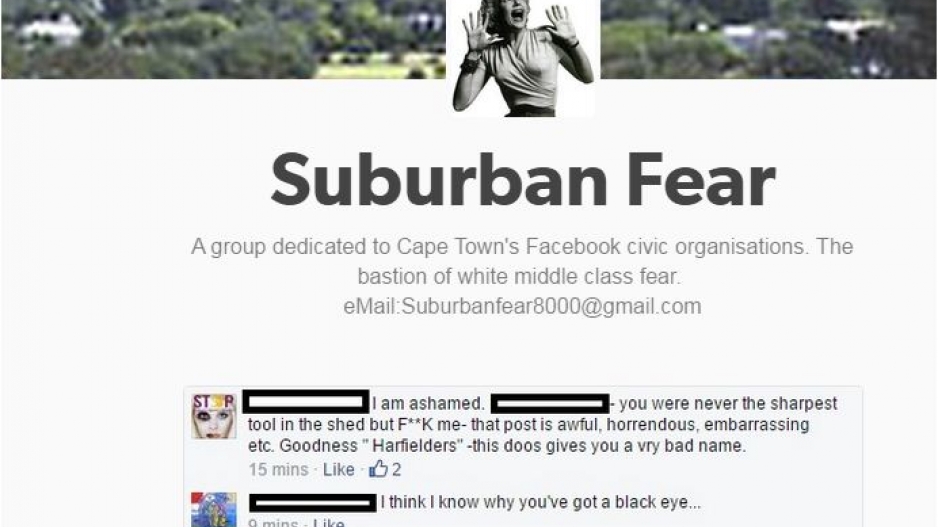 A website, Suburban Fear, was set up this week to report on civic organisations' Facebook's posts -- labelling them: "the bastion of white middle class fear".

JOHANNESBURG - Controversy has arisen over the use of racial profiling by certain neighbourhood watches, the Sunday Times reported.

The use of racial codes, apparently including describing black people as "bravo" and coloured people as "charlie", in social media alerts, is growing, Media Monitoring Africa director William Bird told the newspaper.

"It really wouldn&39;t help identify a possible perpetrator. It would be like saying &39;a white male in Norway&39;.

The newspaper said a website, Suburban Fear, was set up this week to report on civic organisations&39; Facebook&39;s posts -- labelling them: "the bastion of white middle class fear".

Screenshots of posts included on the website include those that refer to "bm,", meaning black males.

Other remarks about apparently suspicious people in various neighbourhoods, include reference to those who "don&39;t look South African," "freekin nigerians," and "4 black males. (foreigners)".

One person posting refers to an incident when a family member gave an apparent robber "a good old fashioned hiding on his buttocks" and suggests others arm themselves "with a strap or a wooden spoon".

Another posted: "Why are you apologising for mentioning race...?"