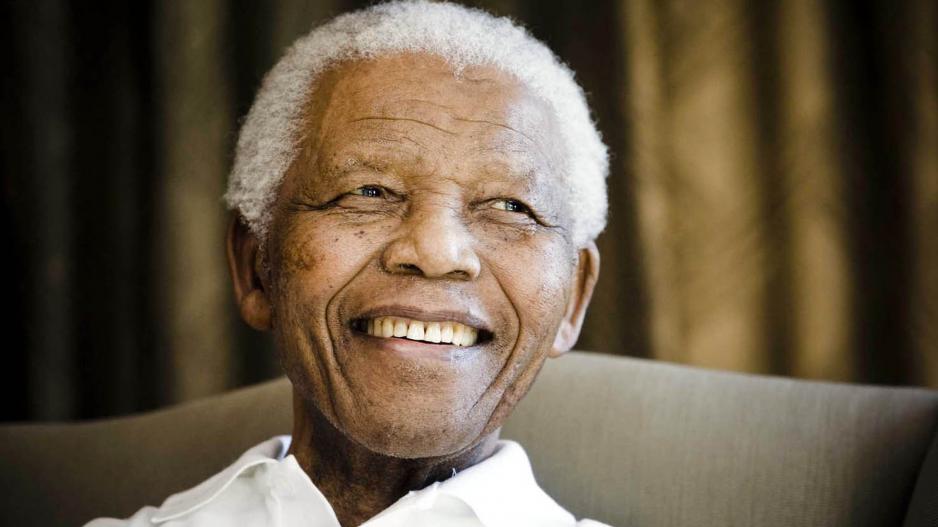 President Jacob Zuma announced on Thursday night at 11:45pm that former president Nelson Mandela passed away peacefully, surrounded by his family at 20:50pm.

Madiba, once the world&39;s most famous political prisoner, emerged from a 27-year jail term in 1990 to lead South Africa from apartheid to democracy.

President Jacob Zuma announced his death on the public broadcaster just before midnight.

"He passed on peacefully in the company of his family around 20.50pm on December 5. He is now resting, he is now at peace. Our nation has lost its greatest son."

"Our people have lost a father. Although we knew this day was going to come, nothing can diminish our sense of a profound and enduring loss. His tireless struggle for freedom earned him the respect of the world. His humility, passion and humanity, earned him their love."

"Fellow South Africans, Nelson Mandela brought us together and it is together that we bid him farewell."

His charisma, generosity of spirit, and an unwavering commitment to the well-being of his fellow humans, earned him love and acclaim across the globe.

It also earned him the Nobel Peace Prize in 1993.

Even after he stepped down from the presidency in 1999, he continued as an elder statesman to champion the cause of reconciliation, peace and human rights, speaking out strongly on issues including Aids and armed conflict.

Nelson Rolihlahla Dalibungha Mandela was born in the Transkei on July 18, 1918, and trained as a lawyer. He became a key figure in the African National Congress (ANC) and its decision in 1955 to embark on organised resistance to the newly-elected National Party in the form of the Defiance Campaign.

Going underground after the ANC was banned in 1960, he was arrested and sentenced in 1964 to life imprisonment for plotting the overthrow of the government.

He served the bulk of his time on Robben Island, where he became a symbol of apartheid injustice.

Freed by the reformist head of state FW de Klerk in 1990, he was elected president of the ANC the following year. In May 1994 he was inaugurated president of South Africa by a new non-racial Parliament.

He formally retired from public life in June 2004, just short of his 86th birthday, and only weeks after playing a major role in helping secure the 2010 soccer World Cup for South Africa.

However he continued to lend support to causes such as the 46664 anti-Aids campaign, and to speak out against poverty.

On his 80th birthday in 1998 he married Graca Machel, widow of former Mozambican president Samora Machel.

In his later years Mandela was increasingly frail. He made his last public appearance at the closing ceremony of the World Cup.

In early 2011, fears for his health grew when he battled a serious respiratory infection that would recur in coming years. When he turned 93 a few months later, he retired to his country home in the Eastern Cape.

In December 2012 he was treated again for a lung infection in hospital then was admitted again on March 27, 2013 to be treated for pneumonia.

After his discharge, the public broadcaster televised footage of him on April 27, looking remote, but comfortable in an easy chair at home.

In the early hours of June 8, Mandela was again taken to hospital.

A news report that his ambulance had broken down on the road there was confirmed by the presidency which hastened to add that there was no danger to his health at the time because he had seven doctors, nurses, and a fully equipped ICU in his convoy.

On Sunday night, June 23, the presidency said his condition had changed to critical, and Zuma asked for prayers of support for him, his family, and his medical team.

On Monday 24, family and key government ministers flew into Mthatha for a private meeting in Qunu. The presidency issued another statement, to say Mandela remained critical.

On Wednesday, June 26, the nation held its breath after President Jacob Zuma cancelled a trip to neighbouring Maputo at short notice but the next day he reported that Mandela&39;s condition had stabilised overnight.