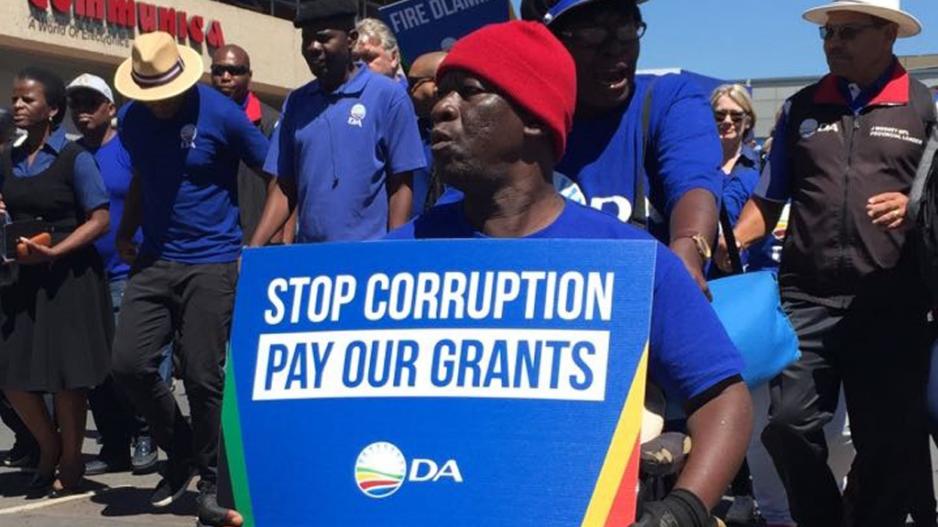 A man in a wheelchair carries a protest placard during a demonstration by Democratic Alliance supporters on Friday, 10 March 2017, where the party led a #SaveOurGrants march to the Department of Social Development.

JOHANNESBURG - Net1 made R1-billion in profit from its unlawful contract with the South Africa Social Security Agency (Sassa), according to KPMG.

#BREAKING : KPMG audit sent to Concourt as per 2014 ruling finds Net1 earned over R1 Billion from its unlawful contract with #SASSA. pic.twitter.com/3bMeYt80Ee

The auditing company made the disclosure in terms of a Constitutional Court order that any benefit from the grants contract should be disclosed.

CPS was ordered to appoint auditors and provide details of its finances when the court extended its contract with Sassa in March.

The contract will last another year.

Minister of Social Development  Bathabile Dlamini might face questions about the level of profit exposed by KPMG's audit.