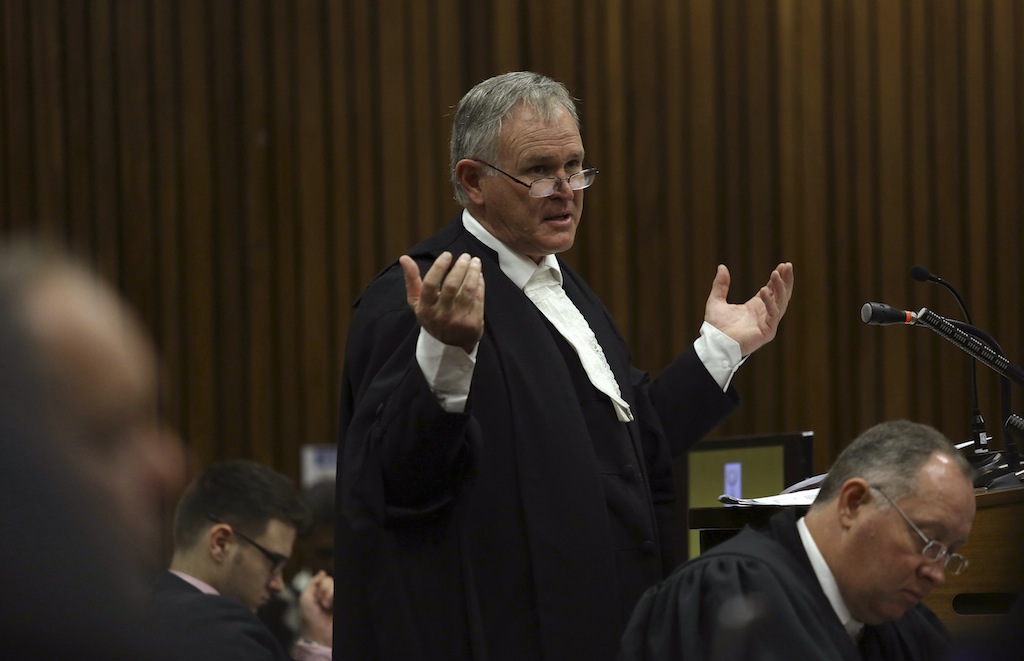 PRETORIA – Barry Roux has reluctantly given his first celebrity autograph, after his distinct questioning style earned him cult status via the internet.
The internet is awash with Meme’s featuring his signature statement, “I put it to you”.
On Tuesday, a woman who would only identify herself as “Alex” took an opportunity to ask the senior advocate for his autograph.
She sat nervously in the court, talking to another woman about how she wanted “his autograph”. Those around her assumed she was talking about Pistorius.
As court proceedings delayed, Roux walked past the public gallery. This is when Alex took her chance and asked for his autograph.
“Me?” a shocked Roux replied, looking perplexed.
However he walked out of court and signed a small shopping list which Alex had produced for the autograph.
She said Roux was a “real professional” and said that if he had represented her mother in a medical malpractice case, she is certain her mother would have won the case.
Alex said she would put his autograph in a book where she keeps other celebrity autographs.