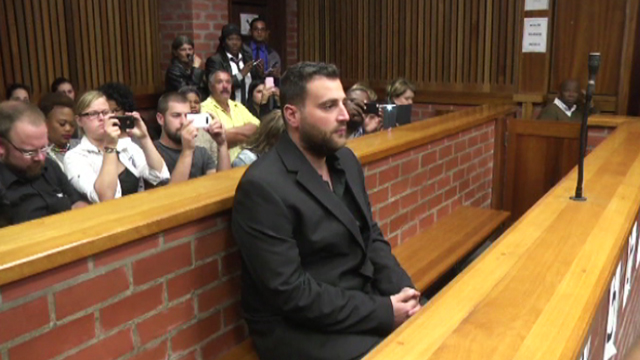 Port Elizabeth, 8 May 2015 - Jayde Panayiotou's husband says he is innocent of her murder - and will prove it in court.

Hellens made news in 2013 after media reports about his alleged affair with former prosecutor and now DA MP Glynnis Breytenbach.

Judge Goosen rules that High Court in Grahamstown does have jurisdiction to hear ChristopherPanayiotou bail appeal.

He also requested access to pictures of Siyoli&39;s arrest, and the occurrence book documenting his arrest as the state’s case will lead heavily on the bouncer’s evidence.

The front of the shirts had the following text: "Hope is the only thing more powerful than fear".

The Democratic Alliance also protested with “Justice for Jayde” signs.