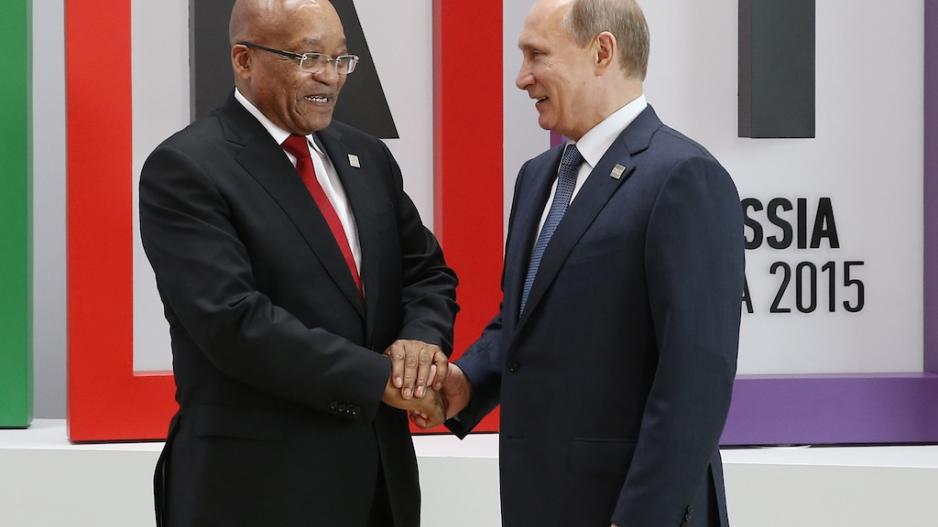 “Rosatom will likely get the contract to build new reactors even if the South African government says it didn’t select a nuclear vendor yet,” said Russian anti-nuclear activist Vladimir Slivyak from Earthlife Africa, an environmental justice group in Johannesburg.

Slivyak is also the co-chair of Russian environmental group Ecodefense which, in July 2014, was labeled as &39;foreign agents&39; by the Russian government.

The two memorandum of understanding (MOA) documents were signed between the Department of Energy and Rosatom at the 7th Brics summit in Ufa, Russia on Wednesday 8 July.

The first memorandum will allow for 200 South Africans to attend Russian universities and educational organisations to gain specialized knowledge of the Russian nuclear industry.

The signing of these agreements is premature as it&39;s still not clear who will finance the R1-trillion deal for eight nuclear reactors, said Slivyak.

“Russia is in deep economic trouble as a result of fossil fuel demand and prices dropping and western sanctions.”

If the deal fails due to lack of finance from South Africa, all those who go to study in Russia will struggle to find jobs, said Slivyak.

“Nuclear is on the most serious decline in the history of the developed world, so it will be hard to find jobs in that field in rich countries as well,” he said.

“Just as Rosatom does it in Russia,” he added.

Democratic Alliance shadow minister of energy Gordon Mackay said the signing of the agreements is a bad move by the ANC-led government.

“This contributes to a establishing a flawed procurement process,” said Mackay.

South Africa’s framework agreement with Russia is far more detailed than the agreements signed with the other countries South Korea, France and China.

“Government has never clarified why they have a different framework agreements with Russia compared to the other countries.”

Mackay agreed that this signing shows clear bias to Rosatom: “It gives them a clear advantage.”

“When you haven’t even decided on the technology to be used specifically for the reactors and you sign an MOA with Rosatom, it shows that you are assuming you will use their technology,” said Mackay.

The DA says they are against this nuclear deal for South Africa because it&39;s not cost effective for the country and it won’t solve the county’s current electricity problems.

“There are multiple ways we can invest this money in different energy sources like wind, solar and gas, which can be built in within three to four years,” said Mackay.