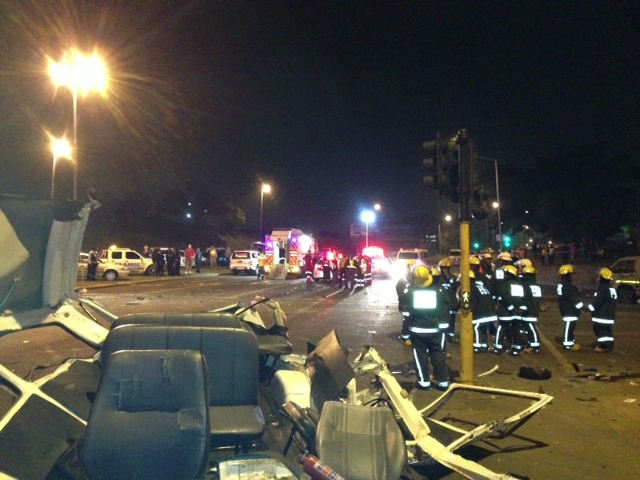 A picture taken at the accident scene in Field's Hill, Pinetown where 22 people died when a truck crashed into four minibus taxis and a car on September 5, 2013.

Last week an estimated 22 people were killed in a horrific accident on the M13, in Pinetown, near Durban.
The young truck driver involved in last week&39;s is now facing murder charges.
Sanele Goodness May was initially charged with culpable homicide after his truck crashed into four taxis and a car.
But when he appeared in the Pinetown Magistrate&39;s Court on Monday, prosecutors revised the charges to 22 counts of murder.
May remains in custody at the Pinetown police station holding cells
Residents are calling for heavy-duty trucks to be banned from the notorious M-13 during peak hours.
They claim truck drivers have posed a threat to locals for years - using alternative routes to avoid the R30 toll fee.
The original video of the horrific crash from a dashboard camera can be viewed here.