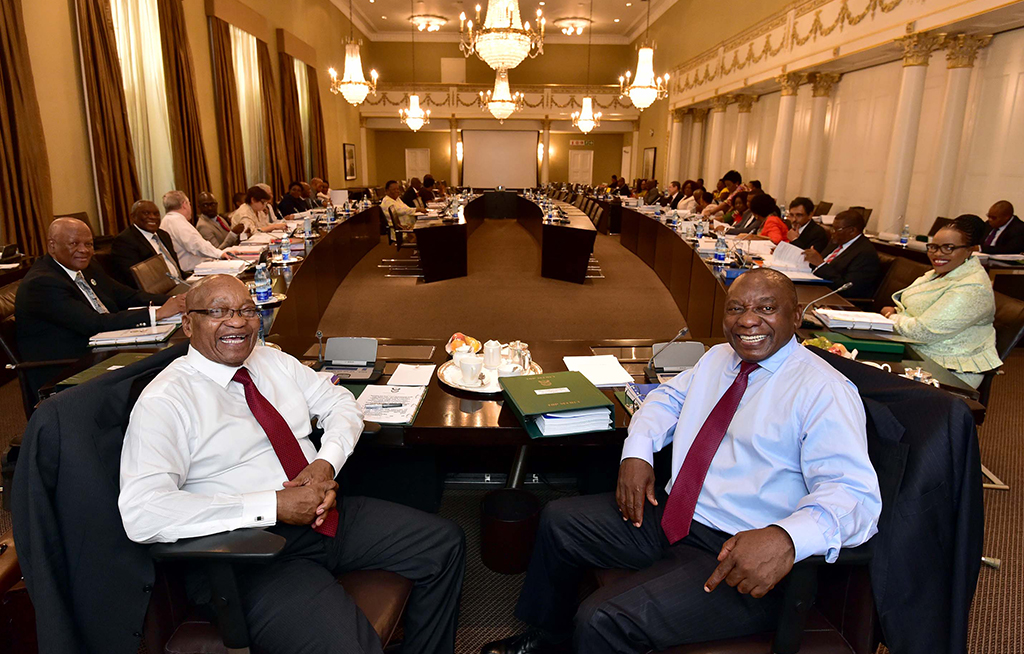 UPDATE:
The Speaker of the National Assembly has today, 15 February 2018, received a letter of resignation from President Jacob Zuma. The resignation of the President is effective immediately

The ANC also confirmed that Cyril Ramaphosa is their man to take over as President of South Africa.

It was further revealed that Parliament will on Thursday elect a new president and that Chief Justice Mogoeng Mogoeng will be available for the swearing in ceremony this afternoon.

"The office of the chief justice has made itself available today to officiate in the business of electing a new president," Mthembu added.

Zuma resigned from office late Wednesday, preventing a motion of no confidence in him, after being recalled by the ANC earlier in the week.

Best news of the day: EFF tells Parliaments Programming Comm that white shirt bouncers will no longer be necessary for the State of the Nation Address. ZumaResigns SONA @eNCA