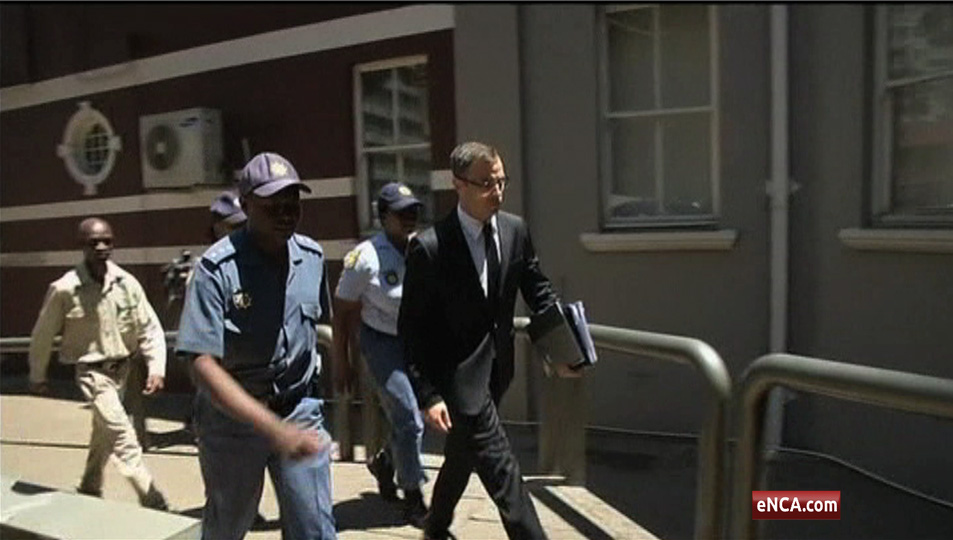 Oscar Pistorius, who was convicted of culpable homicide for killing his girlfriend Reeva Steenkamp, has been granted new priviliges

PRETORIA – Three months into his prison term at the Kgosi Mampuru II prison in Pretoria, Oscar Pistorius has been granted the right to hug and kiss visiting family members.

The Paralympian killer’s new privileges – which include the right to have a radio – are usually granted to low-risk inmates after they’ve served two months behind bars.

Acting national correctional services commissioner Zach Modise explained that Pistorius – like all other inmates – would be given a comprehensive sentence plan within three weeks of being imprisoned.

“Within 21 days, a complete assessment of what are the needs of the offender are and also, in which security classification he needs to be put in, that is done and provided to a case management committee that will then decide as to where this particular offender is going to be incarcerated, and if he is going to be in a position to receive all the services that the department provides.”

After being sentenced to five years in jail for killing his girlfriend Reeva Steenkamp, Pistorius was assessed and classified as a Category B inmate – due largely to fears that he could be attacked by other inmates and concerns over his mental health.

This finding by a psychiatric panel motivated prison authorities to keep the Paralympian under suicide watch.

Despite continuing concerns over Pistorius’s mental well-being, his case management committee has now classified him as a low security risk – meaning his privileges increase.

This is not unusual and is granted to almost all low-risk inmates.

Pistorius can now have more visits from family members, make more phone calls and have an extra R50 to spend on toiletries and snacks. He can also have physical contact with visiting family members.

It is understood Pistorius has lost 12kg while behind bars, and only leaves his cell for about two hours a day.

While media reports have claimed that Steenkamp’s uncle, Mike, criticised additional privileges granted to Pistorius, he has denied this, saying: "I have forgiven Oscar Pistorius. I forgave him a long time ago.”

Mike Steenkamp: I have forgiven OscarPistorius. I forgave him a long time ago. @eNCAnews