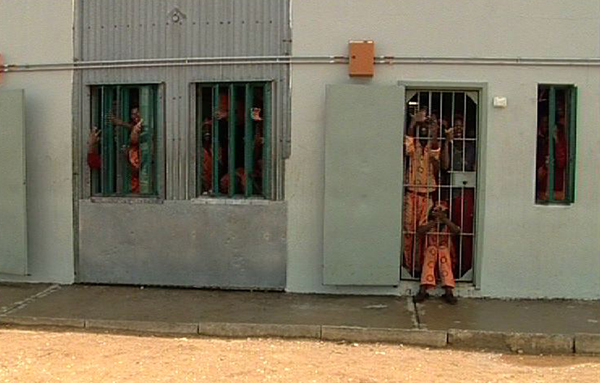 Correctional Services will soon introduce uniforms for all awaiting trial prisoners.
If the department has its way, these prisoners will not only spot bright yellow overalls, but will also be kept at separate detention facilities.
Cabinet has approved these measures which must still be processed by Parliament.
Of the 156,000 people in South African prisons, nearly 44,000 are awaiting trial or remand detainees. Among them are thousands who endure the trauma of being detained for years, only to be found not guilty of any crime at all. The proposed policy, officials say, aims to improve conditions for those awaiting trial.
The remand detention white paper will, among others, introduce separate detention facilities for awaiting trial inmates.
Deputy Commissioner: Correctional Services Willem Damons says, "The current facilities that we have like Johannesburg, Pretoria, Pollsmoor, Durban Westville will be upgraded within a programme, so those big facilities, to suite the minimum requirements for a person that&39;s innocent. And then in terms of the building programme of the department, the department would like to build new facilities like a one stop service station where you have police, you have social development, you have the department, you have the courts under one umbrella."
Under the current law, inmates can be awaiting trial for more than five years and in many instances, kept with repeat offenders, and at times with convicted criminals.
But, the new set of policies will limit this time to two years, unless a court approves continued detention.
Justice activists say the policy changes are long overdue. Noshin Erfani-Ghadimi from the Wits Justice Project says, "The trauma of detention, the trauma of being imprisoned is such that it will affect  your life and especially for people who do not have the educational background to understand what&39;s happening to them, and we as society must look out for those people and the rights of those people.”
The new laws also reduce the amount of time a detainee can be held in police holding cells for investigation purposes to just seven days.