New uranium mine set to create jobs for Beaufort West 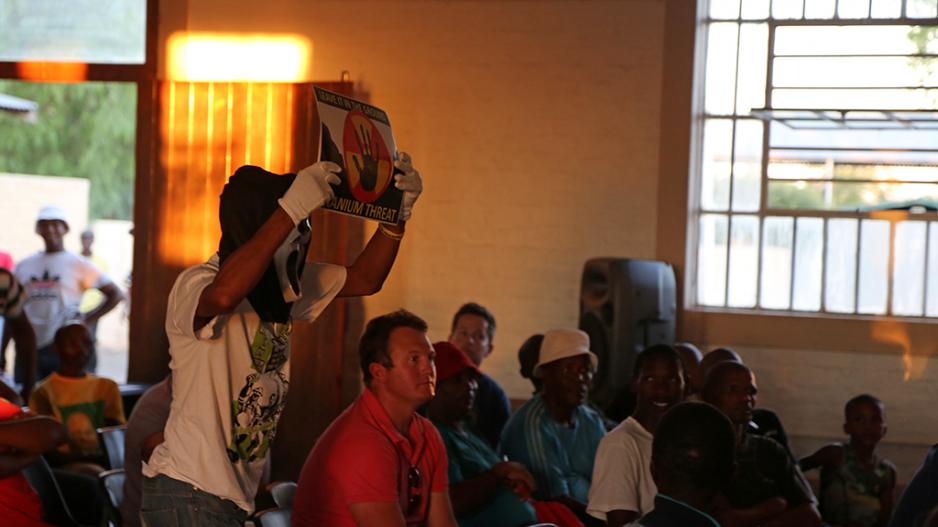 An activist joins a peaceful protest against a new uranium mine at a public meeting in Beaufort West about the new operation.

BEAUFORT WEST - “Welcome uranium, because as you see our people are hungry here; they’re unemployed,” was the cry from a number of Beaufort West residents at a recent public meeting about a proposed new mine.

Large-scale uranium mining close to Beaufort West is set to begin in less than five years, if the Department of Mineral Resources approves applications for mining rights.

The meeting, attended by more than 100 people, took place on Monday 22 February 2016 at the Beaufort West show grounds.

The new mining operation will be known as the Tasman RSA mines.

Click here to read more about who&39;s behind the new operation.

They have bought about 32,000 hectares of land around the Ryst Kuil channel, approximately 40 kilometers from Beaufort West. This will be the location for a processing plant, tailings dam, an open-pit and underground mine.

The plant will process uranium ore into uranium oxide, which will then be transported to Cape Town by train and exported abroad to utilities that build fuel rods for nuclear energy reactors.

Click here to read: 10 Things you need to know about uranium.

Executive Mayor of the Central Karoo District Municipality Edward Njadu says the mine has the potential to transform the town for the better.

“Our main challenge in the central Karoo is unemployment,” he said.

“We as a municipality are supporting fracking. We are supporting the mining initiatives which are envisiaged for the Central Karoo because we believe that it could make a turnaround for our communities,” said Njadu.

According to the Central Karoo District Municipality’s most recent integrated development plan, most people (about 37,000) in the district live in Beaufort West.

Stats SA figures presented on Wazimap, a South African data journalism tool,  show that only 35.5 percent of the population living in the Beaufort West local municipality are employed.

The average monthly income is R2,000 which is in line with the average South African salary.

Only 23.4 percent of households in Beaufort West have access to the Internet, and half of this is on cellphones.

The level of education is also low, with only 28.8 percent of people 20 years and older having completed matric or tertiary education.

Up to 1,000 jobs are expected to be created during the construction phase, which will last approximately three years.

During the first phase of mining, which will take place over about 17 years, 250 jobs will be created.

These jobs will be available to people of Beaufort West, but specialised positions will need to be filled by engineers.

Watch a clip of an interview with Gus Simpson, CEO, Peninsula Energy:

The public meeting was hostile with a small demonstration from some activists.

Watch a video of the demonstration below:

Another resident Carl Potgieter complained about health implications and that the risk of lung cancer wasn’t mentioned.

Watch a clip of these comments below:

A request was made that a study be conducted on how many jobs would be lost due to the proposed mining.

Tim van Stormbroek of Ferret Mining and Environmental Services said a study would be completed by a specialist and presented at a later stage.