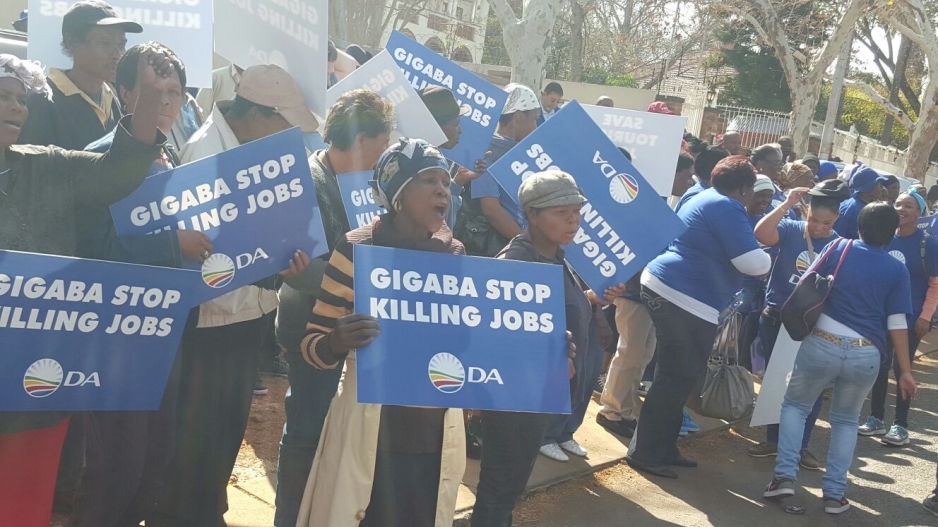 PRETORIA - The Democratic Alliance (DA) has threatened to undertake further protests if government does not repeal the contentious new visa regulations, blamed for job losses in the tourism sector, the party said on Friday.

DA leader Mmusi Maimane led hundreds of party supporters in a protest at home affairs headquarters in Pretoria on Friday.

He said: “I expect the minister of home affairs to respond to me within the next two weeks. I will give him until the end of the month to do that. We simply can’t afford to let this thing to continue at the level that it is. It’s damaging to our economy. We will wait for him and then take further action from there.”

Maimane said the announcement this week by President Jacob Zuma that an inter-ministerial committee would be investigating the consequences of the visa regulations was a futile exercise.

Most of the blue placards read: “Gigaba stop killing jobs” and “Save tourism jobs”. A sound system was placed near the home affairs main entrance.

The crowd sang, “Wena ulele lapo eNkandla …” (You are sleeping in Nkandla …).

Maimane told the crowd that the debacle was beyond home affairs, it was “about avoiding job losses.”

He said the requirements demanded from potential tourists under the new immigration regulations were cumbersome.

“In certain nations, people can’t even get unabridged birth certificates. In certain parts of the world, people live too far from our commissions and they can’t provide their biometric fingerprints. It becomes a requirement which is difficult to fulfil,” said Maimane.

In June, South Africa implemented new visa regulations, requiring children travelling into and out of the country to carry unabridged birth certificates.