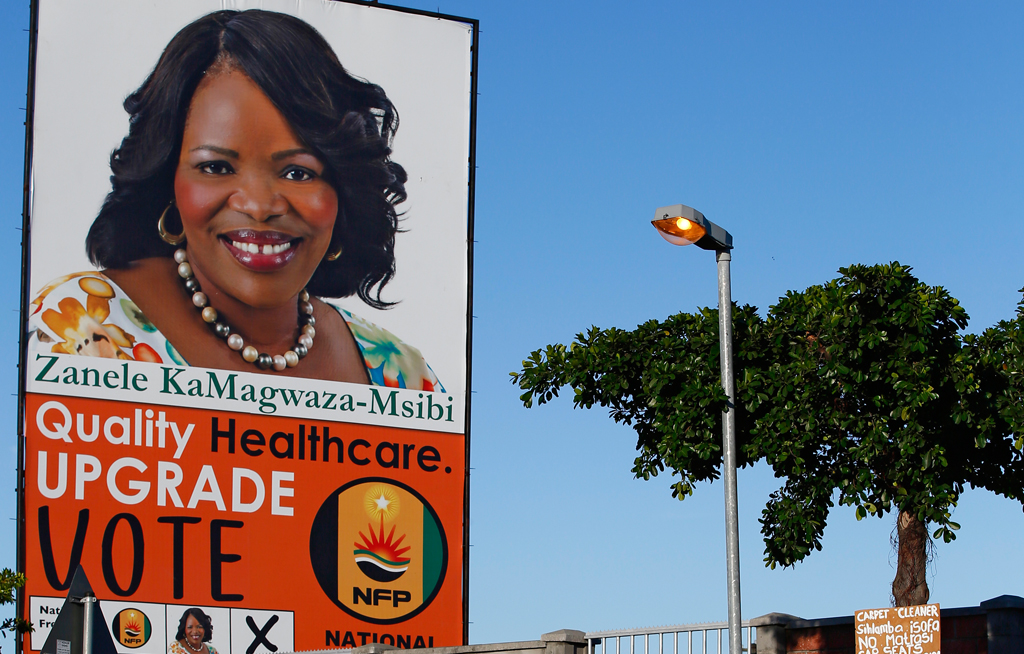 South Africans stand beneath a billboard for oppostion party National Freedom Party (NFP) in the township of Gugulethu, Cape Town, South Africa 02 May 2014.

JOHANNESBURG - NFP leader Zanele kaMagwaza-Msibi has lashed out at party officials for trying to remove her.

It’s her first public appearance since suffering a stroke in August 2014.

Her National Freedom Party has been plagued by divisions and in-fighting as a result of her absence.

A break-away of the IFP, the NFP garnered six seats in the last general election to become the fifth largest.

The party launched its manifesto in Vryheid in KwaZulu-Natal on Saturday at the Cecil Emmett stadium.

It was her first public appearance since she suffered a massive stroke in August 2014.

The party leader is unable to speak clearly as a result of the stroke, kaMagwaza-Msibi condemned the infighting within the party.

She called on officials to unite and campaign hard in preparation for the local government elections.

kaMagwaza-Msibi&39;s Daughter, Gugu Gumede said elections will not be won through social media campaigns and that people need to work to get support.

The party promises it would deliver on basic services if elected.

NFP Secretary General, Nhlanhla Khunisa said, “We will eradicate the bucket system and ensure that there is water for all and that small business licences would only be granted where 90 per cent of the workforce is from the area.

Meanwhile kaMagwaza-Msibi says she is determined to complete her term as party leader and she is confident that the party will continue to grow under her leadership.