NGO says City of Joburg in contempt of court 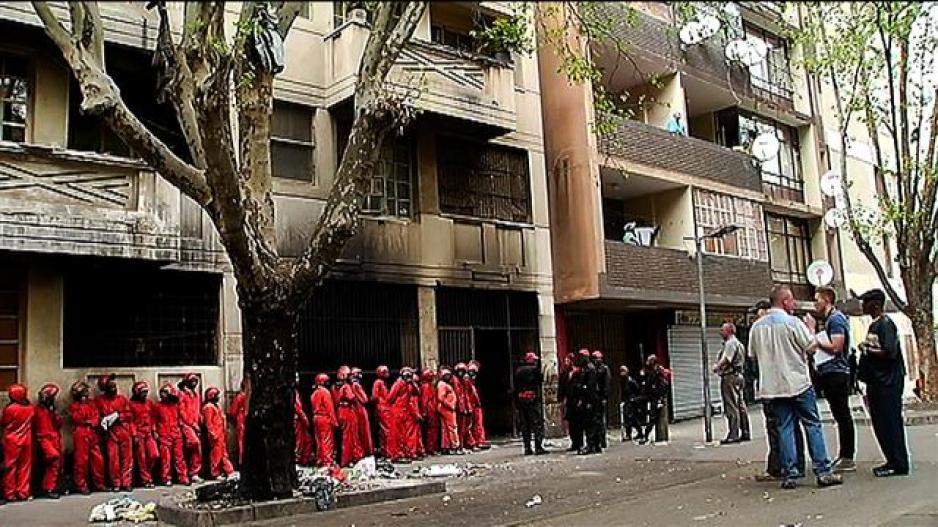 01 September 2015 - Evictions taking place in an inner city suburb of Joburg are criminalising the poor.

JOHANNESBURG - According to the Socio Economic Rights Institute, the City of Johannesburg is in contempt of court for failing to relocate families forcibly evicted from inner-city buildings in July.

The city was ordered by the courts to find alternative accommodation by the 1st of October.

Families living in tents say their living conditions are worse than animals'.

For three months, scores of families forcibly evicted from the privately-owned Shongai and Fattis Mansions have been camping in tents.

READ: Fattis Mansions residents demand to be allowed back

According to Marcia Mpino, one of the residents affected, “It’s bad, especially for children. Water comes into the tent when it rains. It can be cold sometimes, very cold.”

This was supposed to be a temporary arrangement.

The city was meant to move these people to another building on the 1st of this month.

A week has gone by and they’re still waiting.

Lindokuhle Mbabe of the Socio-Economic Rights Institute says: “We’ve written to them stating they are in contempt of court, and if they don’t execute the court order as soon as possible we will take them to court on an urgent basis. They have since written back to us saying they want to engage on the issues and believe there's space for 20 families at the Linux building."

Mbabe says as the building isn’t large enough to accommodate all the families, there’s talk the others will  be given shelter on a rugby field .

This hasn't gone down well with those affected.

Alfred Nonjojo, one of the affected residents, says: “The city must talk the truth and not lie to us, we are South Africans and not foreigners, they always lie lie and lie saying we are foreigners, I don’t know how we can be treated like this in my home land.”

Several attempts to get confirmation from the city on when the residents will be moved, have been unsuccessful.

However, on the 16th of October, the city will have to explain to the courts the steps it’s taken to ensure these families have a decent roof over their heads.