Nigeria recalls envoy to SA over attacks on foreigners 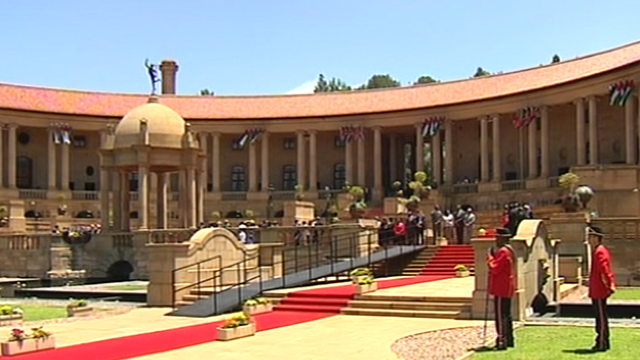 A view of the Union Buildings in Pretoria ahead of the arrival of Palestinian president Mahmoud Abbas on November 26, 2014.

ABUJA - Nigeria recalled its ambassador to South Africa on Saturday in the latest sign of African countries&39; discontent at Pretoria&39;s handling of attacks on immigrants.

"The invitation is in connection with the on-going xenophobia in South Africa targeting foreigners, mainly African migrants," the statement said.

Seven people have been killed in attacks on migrants since March 20, when Zulu King Goodwill Zwelithini spoke out against foreign workers.

"Let us pop our head lice," he said. "We must remove ticks and place them outside in the sun. We ask foreign nationals to pack their belongings and be sent back."

He has since said those remarks were taken out of context and that he opposes violence.

A Nigerian group has called for the International Criminal Court to investigate Zwelithini for "hate speech".

South Africa has deployed troops to try to quell the violence, after criticism by nations including China and Zimbabwe for failing to protect their citizens against armed mobs.

South African firms such as mobile phone giant MTN and supermarket chain Shoprite have significant interests in Nigeria, which is Africa&39;s biggest economy.