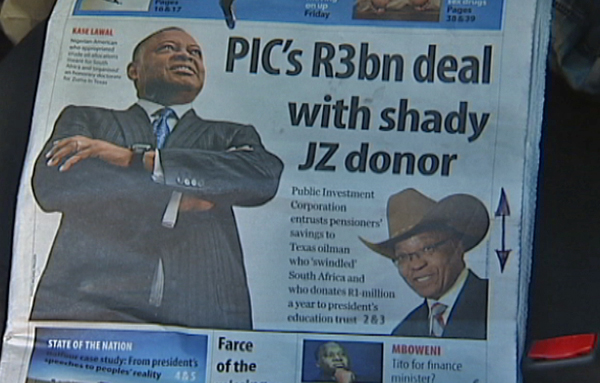 JOHANNESBURG - The Freedom Front Plus has asked the Public Protector to investigate a R3-billion questionable deal linked to a Nigerian energy conglomerate.

The Public Investment Corporation (PIC) plans to invest the money in what is said is a questionable deal linked to a Nigerian energy conglomerate.

The Mail & Guardian reported on Friday that Kase Lawal, a Nigerian-American businessman, has concluded the deal that would see retirement savings of state employees invested in an almost-bankrupt US oil company.

Lawal, founded the Camac Group in 1986 originally exporting American tobacco to Africa, bagan his first real business interests in South Africa came in 1996 when he went into business with African Renaissance.

The company is a group of South African investors close to former President Thabo Mbeki.

He soon scored a lucrative Nigerian oil contract worth 55 000 barrels a day in 1999.

His business interests in SA grew during Jacob Zuma’s presidency.

The presidents accompanied Lawal to his alma mater - Texas Southern University - to accept an honorary doctorate shortly after making a commitment in 2010 to pay R5-million to Zuma’s Education Trust.

Camac then scored the R3-billion contract with the country’s PIC.

The PIC manages retirement funds of many teachers, nurses and other public servants and chooses investments that are supposed to grow the money to fund them in their old age.

Economist Arnold Wentzel said: “State employees – the teachers and nurses – these are people who we rely on and are serving our country. You don’t want them out on the street - its unlikely to happen. But you don’t want to put their hard earned money at risk because at the end of their career they should be able to retire comfortably.”

In 2013, Lawal&39;s company was losing up to R11-million a month and publicly expressed doubts about it’s ability to continue operating.