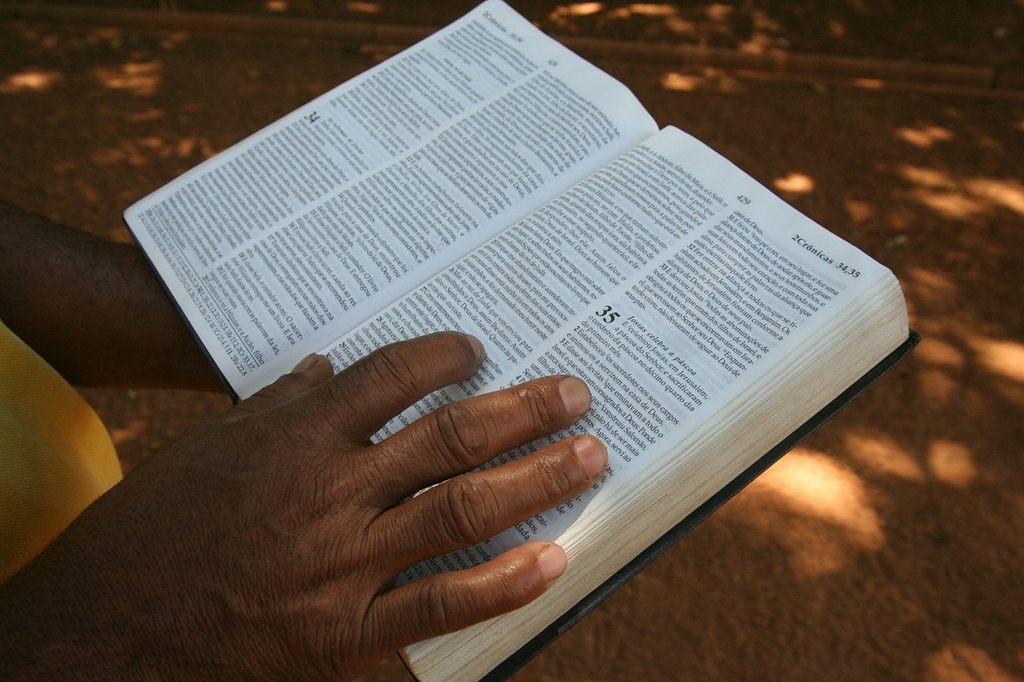 File image of a hand on a bible

PORT ELIZABETH - The bail application of a Durban-based Nigerian pastor continues in the Port Elizabeth magistrate’s court on Thursday.

He's facing human trafficking and sexual assault charges but the 58-year-old televangelist denies all claims, saying they are fabricated.

The pastor was so connected that he even had a senior Hawks official in his pocket making it possible for him to pre-empt investigators moves and evade his arrest, the court heard on Wednesday.

During the pastor’s bail application, details emerged of how the pastor evaded his arrest in Bloemfontein over the Easter weekend.

Investigating officer in the case, Warrant Officer Peter Plaatjies, told the court that the Directorate for Priority Crime Investigation (known as the Hawks) in Port Elizabeth had received information that after the Easter crusade, the pastor intended to leave South Africa.

The investigating team travelled to Bloemfontein to attend a church service to make the arrest, however, they later realised their plans would reach a dead end.

“We were told, that with this man’s entourage, his bodyguards, we will never get to him,” he said.

Plaatjies said that when the pastor left the church service, investigators could not get to him because they were unprepared for the type of security the televangelist had at his disposal.

“One member could not get out of the church because of the security, but something happened that we were not prepared for. Outside the church as [the pastor] was leaving, we saw BMW’s, Land Rovers, [the pastor] got into one of the vehicles and drove away,” said Plaatjies.

“In one of the vehicles a blue light switched on and traffic was being diverted. We knew then that cops were apart of [the pastor’s] entourage.”

The following day the investigating team made their way to another church service still in Bloemfontein where a Hawks official — claimed to have been in the pastor’s pocket and part of his bodyguard entourage — took to the podium and addressed congregants about the sexual assault rumours being made by young girls.

“He identified himself as a Hawks member and told congregants that other Hawks officials were in the church — we were at a loss and our entire operation was in disarray,” said Plaatjies.

Plaatjies would not identify the man but said the senior official informed investigators that he no longer wanted to be involved and pointed out his car with the blue lights — the same vehicle that assisted the pastor to get away.

Plaatjies told the court that senior members belonging to the Hawks in Bloemfontein were also members of the pastor’s church. According to the investigator, the pastor was always one step ahead of them because he had inside information.

Speaking to reporters outside court on Wednesday, Hawks spokesperson, Robert Netshiunda, said that the Hawks were investigating allegations that a senior official was part of the pastor’s entourage who disturbed operations.

Netshiunda would not say if the senior Hawks members had been charged or if police watchdog the Independent Police Investigative Directorate (IPID) was involved at this stage.

“We are conducting our own investigations,” said Netshiunda.

The State believes that the pastor is a flight risk, Plaatjies told the court that investigators were unable to obtain his two passports and work permit despite several attempts.

Plaatjies also told the court that in trying to verify the pastor’s address, investigators were sent on a wild goose chase because the address the pastor provided came up as an address in the United Kingdom, a country in which the televangelist was allegedly deported from following an arrest on fraud charges.

The pastor, who is based in Durban, is alleged to have trafficked more than 30 girls and women who were from various branches of his church. He allegedly took the girls to a house in Umhlanga, in KwaZulu-Natal, where he sexually exploited them.

Plaatjies told the court that the pastor’s modus operandi was the same where in each case senior church members would recruit “poor girls” with the promise that the pastor would “change their lives”.

“Pictures would be taken and interviews would be conducted, once he was satisfied with the girls’ looks it would be arranged for the girls to be brought to Durban. At times there would be 40 girls in a room, [the pastor] would choose one to come to a bedroom and sexual advances would be made, each time quoting a particular verse from the bible,” Plaatjies said.

Crowds gathered outside the court building on Wednesday to support the pastor who they affectionately call “daddy”.

The State indicated that the charge sheet had been amended. Initially, there were four counts which included sexual assault and human trafficking. The pastor now faced 22 counts combined.

The televangelist was detained in a dramatic arrest by the Hawks at the Port Elizabeth airport on April 20, and has been in custody ever since.  --  Additional reporting: eNCA