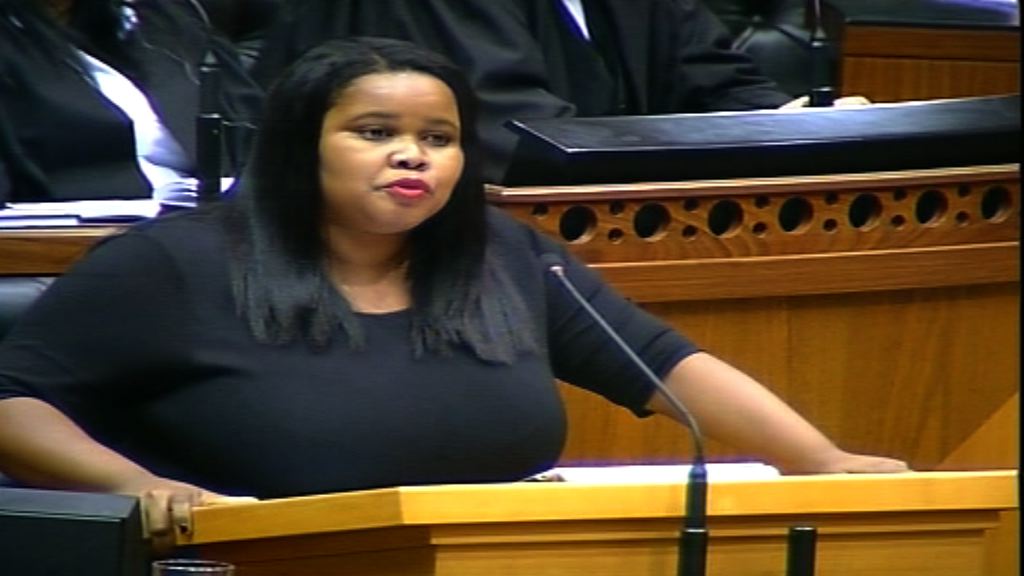 CAP[E TOWN - The security cluster of ministers&39; call for further clarity on the public protector&39;s report on Nkandla implies they are seeking a "scapegoat", DA parliamentary leader Lindiwe Mazibuko said on Tuesday.

"The assertion made by the cluster... makes it clear that they do not respect the findings of the office of the public protector and are still scrambling to find a scapegoat for this gross abuse of public funds," she said in a statement.

Earlier on Tuesday, the government communications and information system (GCIS) said in a statement that the ministers had studied the report on the costly security upgrades to President Jacob Zuma&39;s private Nkandla homestead in KwaZulu-Natal, but they needed more information and clarification from Public Protector Thuli Madonsela.

The next step was for the office of the public protector to respond, after which "we will be able to make a more informed decision on the way forward".

Mazibuko said this was nothing more than a last-ditch attempt to protect Zuma from being held accountable.

She said the cluster had had ample time to respond to Madonsela on her report and claimed they tried to delay the report.

The report&39;s release date was initially expected to be around February 9 but Madonsela extended the deadline for responses at the request of one of the parties. The report was finally released on March 19.

"...Advocate Madonsela has noted in her report that she often had to apply pressure on the ministers to co-operate and submit their responses timeously," Mazibuko said.

"To demand yet another opportunity for &39;clarification&39; in this regard is a desperate attempt to distract from the now imminent parliamentary process."

Mazibuko said the time had come for Parliament to consider the matter and she had, from the outset, asked for a special ad hoc committee to be formed to consider the report and investigate Zuma.

She found that Zuma gave the nod to all the upgrades and that he and his family unduly benefited from them.

She described the amount spent as unconscionable, and recommended that Zuma pay back a percentage.