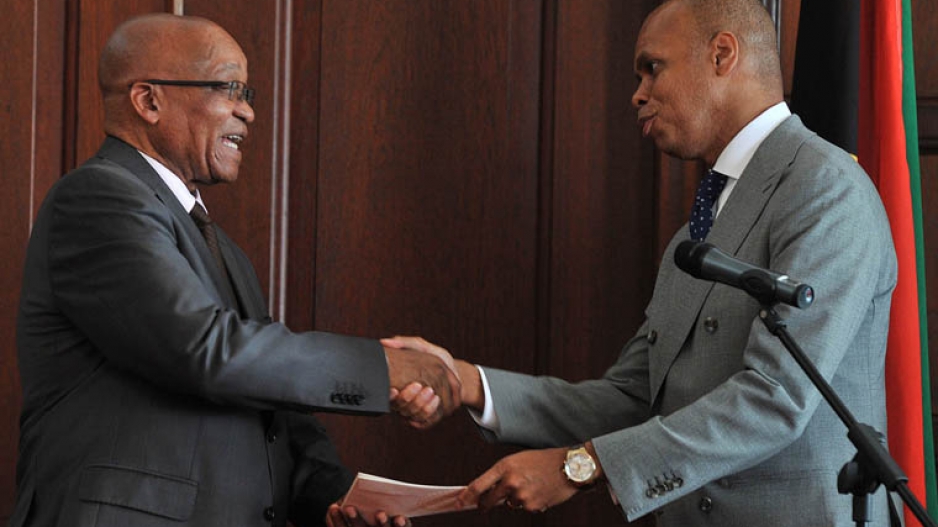 President Jacob Zuma receives letters of credence from ambassador designate Patrick Gaspard of the United States of America at the Sefako Makgatho Presidential Guest House in Pretoria on 16 October 2013.

JOHANNESBURG – Cabinet has denied any diplomatic hostility between South Africa and the US, despite the Department of International Relations and Co-operation issuing a dmarche earlier in the week.

Dmarches, a formal diplomatic protest, involves a dressing-down of ambassadors at a senior government level.

The government has been walking a diplomatic tightrope after two government departments criticised the US, Britain and Australia for the manner in which terror alerts were handled over the past week.

The three countries had urged their citizens to be vigilant, citing possible terror attacks during the month of Ramadaan.

1/5 The U.S. Embassy in Pretoria confirms that there is no change in the status of the Security Message issued on June 4, 2016.

2/5 The Security Message was based on specific, credible, and non-counterable threat information: https://t.co/Mu2q0dMWr5.

3/5 We have been, and continue to be, pleased and impressed with the high level of professionalism & transparent cooperation w/ SA govt.

4/5 We cannot comment on the internal communications process within the South African government.

5/5 We will continue to work with our counterparts in SA govt going forward. @ewnreporter @jacanews @power987news @News24 @eNCA

Local officials were not impressed, releasing a scathing statement on Thursday.

The State Security and International Relations Department slammed the advisories, saying they were based on "dubious and unsubstantiated" information.

They claimed the information had come from a "walk-in" source, adding that the government had rejected attempts by foreign countries, to "influence, manipulate or control the nation&39;s counter-terrorism work".

The warning prompted a diplomatic spat between US ambassador Patrick Gaspard and Dirco spokesman Clayson Monyela, who suggested on Twitter that US authorities were sowing “panic”.

It appears those Tweets have since been deleted.

Dirco issued a dmarche on the US embassy on Wednesday, demanding a meeting with Gaspard to discuss the terror alert.

But on Thursday, the government appeared to be backpeddling, with Radebe reiterating the "official position" on the US terror alert was that which was carried in the release issued by the Presidency and Cabinet.

He said the US embassy’s statement released on Wednesday "reflected that the relations of South Africa and the US are cordial, especially on matters of security".

Earlier on Thursday, Monyela tweeted that Dirco&39;s statement had been approved "at the highest level".

Clayson Monyela probably has egg on his face after that backstabbing by presidency. Lol

State Security and International Relations have both declined to comment further.

The government say they&39;ve now reached an understanding with the US, and that relations with Washington remain strong.