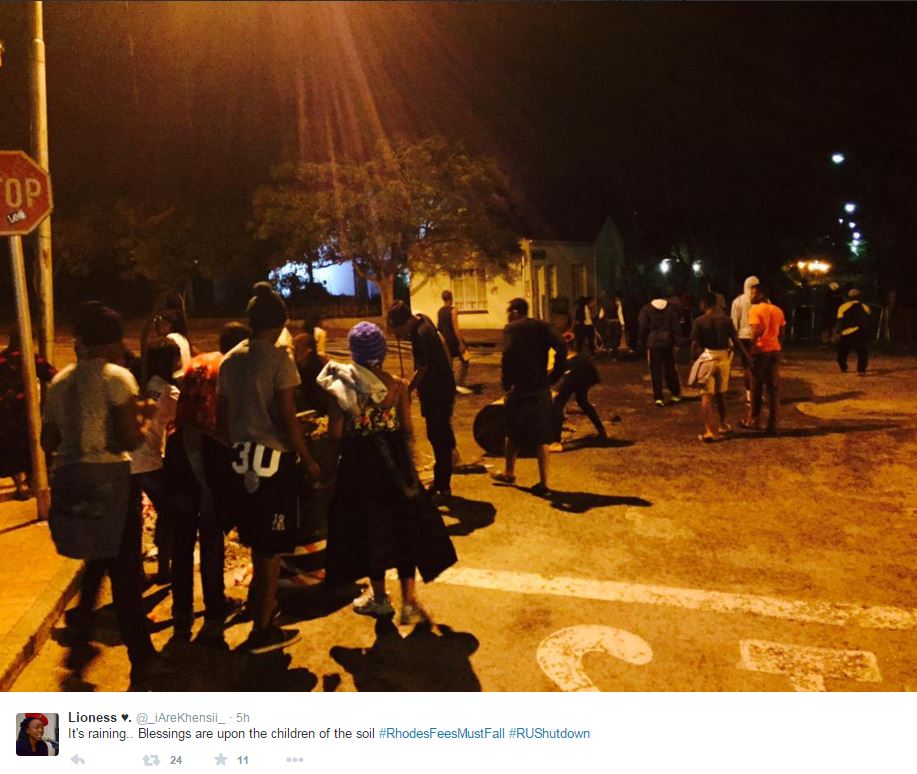 Student protesters outside the Rhodes University, which has declared a total shutdown of the university as the protest over fee increases spreads to other universities.

JOHANNESBURG – Rhodes University in Grahamstown has shut as students&39; protests over fee increases for next year spreads across the country.

“We cannot pay so much, we just don’t have the money,” said Maqubela.

Maqubela said students met with senior management of the university on Friday but were unhappy with the outcome so they gathered at the university at around midnight on Sunday.

“This later became a protest action when they decided to barricade all the entrances to the university and rally other students in the early hours of Monday.”

UCT students have also protested over fees which appears to be a widespread concern for students across the country.

Students at the university are complaining about fee hikes and the outsourcing of services, saying they are paying for the outsourced services.

However UCT has denied this saying that their fee structure includes these services.

UCT Management and various groups along with march organisers met this morning and a march is scheduled later on Monday.

Wits students are waiting for a report back, from the Council the universities highest decision making body.

The university has also argued students that an increment is a necessity for the running of the institution.

For now, it remains to be seen if the report back will bring a solution to the deadlock, the Council will report to students at noon on Monday, 19 October 2015.

The closure of Rhodes, and protest action at UCT comes a week after Wits students closed the university in protest over fee increments and the registration fee which they said is too high.

For detailed interviews and analysis, watch the videos above.

Students have been burning tires at the blockades they&39;ve set up. Police are present. RhodesMIPMustFall pic.twitter.com/1mxdXHJQUs

These workers make me so happy. This is why we appreciate them. They understand. RhodesMIPmustFall pic.twitter.com/UluFYGRazu