No relief in sight from smouldering heat wave 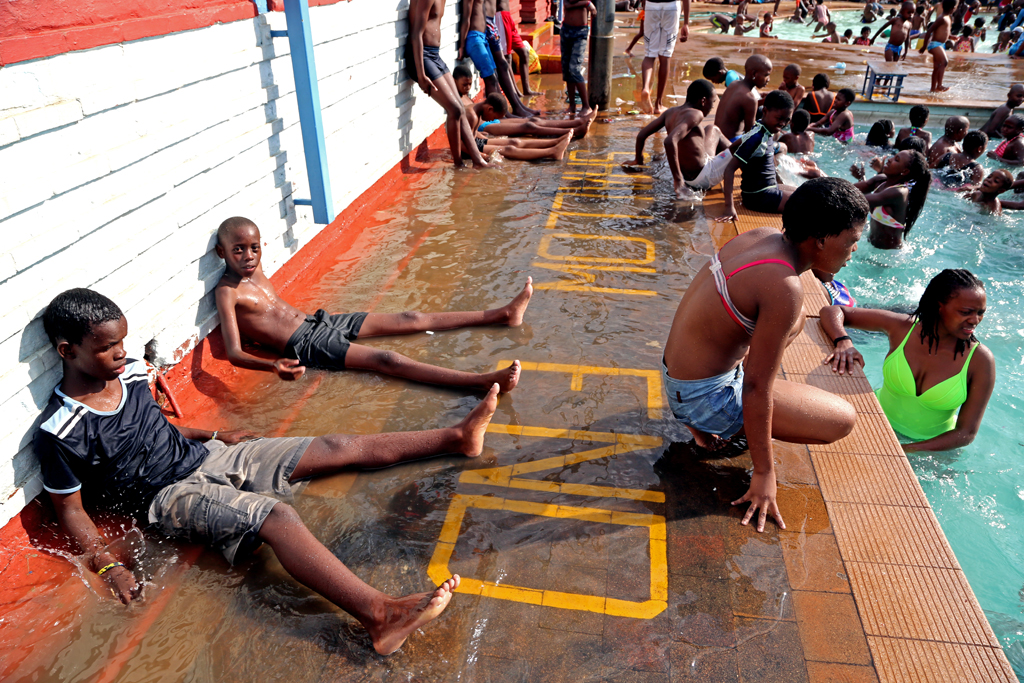 Young boys take a break from the pool to relax during a heatwave, Orlando, Soweto, January 18, 2014.

JOHANNESBURG – As a smouldering heat wave continues to overwhelm large parts of northern South Africa, weather forecasters warn that Thursday and Friday will be hottest days for Gauteng this year.

Hot conditions persist in Gauteng, Limpopo and Mpumalanga, with the mercury topping 37°C in northern parts of Gauteng.

Isolated thunderstorms are forecast for the north-eastern parts of South Africa on Thursday afternoon and Friday bringing a little bit of relief for very dry conditions.

“Where temperatures are just below 40°C with some breezy condition, increases the chances of runaway fires.”

These extremely hot conditions will continue into the weekend with no change into next week where maximum temperatures are expected to drop by a degree or two but rise again to just below 40°C by Wednesday.