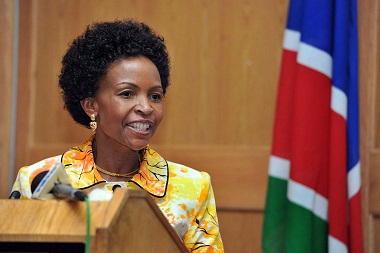 Maite Nkoana-Mashabane, minister of International Relations and Cooperation announced that South Africa will be sending former deputy minister Aziz Pahad (not pictured) to Israel and Palestine.

JOHANNESBURG – The DA on Wednesday said International Relations and Cooperation Minister Maite Nkoana-Mashabane “has refused” to appear before the Parliamentary Committee on International Relations to provide reasons for her decision to grant diplomatic immunity to Zimbabwean First Lady Grace Mugabe as well as the circumstances which justified this decision.

“The Chairperson of the committee, Mr Moses Masango, had confirmed to the DA on the 23rd of August that the Minister will indeed be called to appear before the committee…This was after we had written to him requesting that an urgent meeting be held and that the Minister be summoned to account on this issue,” said the Democratic Alliance (DA).

“Today, however, the DA received a letter from the Minister saying that she will not be appearing in front of the committee to explain her decision. Mashabane claimed that since the DA had submitted an application to the High Court, the matter was now sub-judice.

“This is blatant misuse of the sub-judice rule which does not apply in this case.”

The  DA said the role of oversight and accountability cannot be overruled by this sub-judice rule and this is a poor attempt by the minister to escape accountability. The  party said it will again write to the chairperson of the committee to reiterate “our urgent and lawful request” that the minister be summoned without delay.

“The DA believes Minister Mashabane took an illegal and unconstitutional decision. That is why we have approached the Constitutional Court in this regard. We simply cannot allow South Africa to be used as a playground for international criminals who have little regard for our laws,” said DA member of parliament Stevens Mokgalapa.

“Every person within South Africa’s borders is equal before the law and should face the consequences should they commit an illegal act.”

The decision is being challenged in court by the young model who claims Mugabe savagely beat her with an extension court, Gabriella Engels, and civil rights group Afriforum.