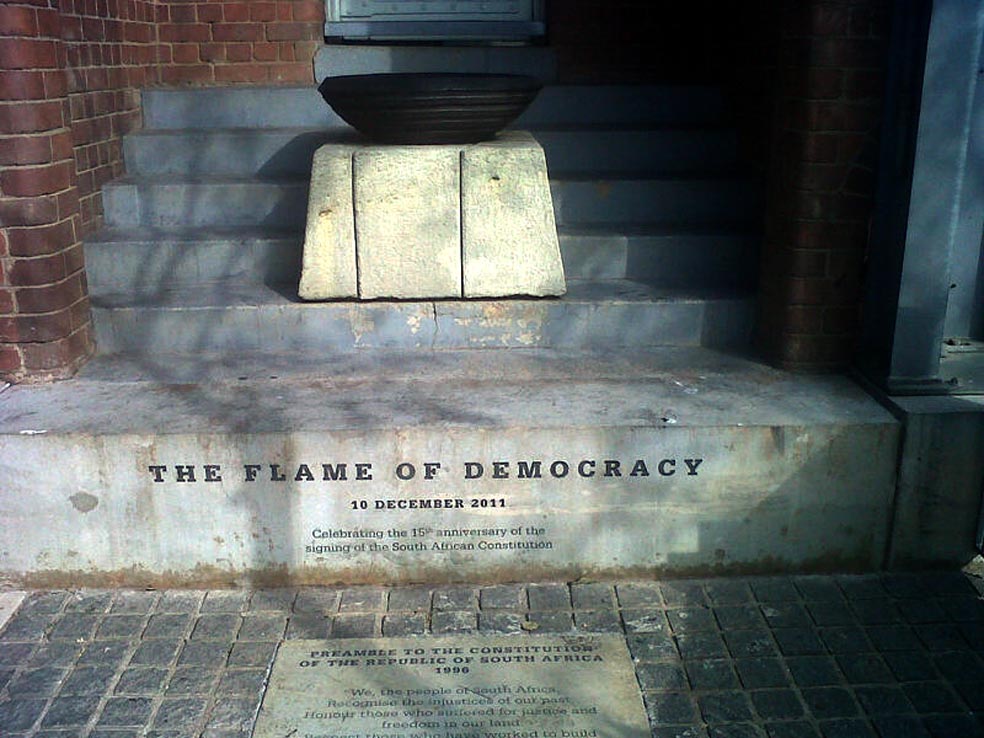 JOHANNESBURG - The Constitution is not a static document and can be amended in accordance with the spirit it conveys, the presidency said on Friday.

"There is nothing untoward about referring to wishes to amend any part of the Constitution by any political leader or political party," spokesman Mac Maharaj said in a statement.

"The Constitutional Court, as the custodian of our Constitution, is entrusted with the power of judicial review, through which it can declare invalid any amendment which is not in accordance with the Constitution and the law, and which is in contravention of the rule of law which is a pillar of our democracy."

Some opposition parties expressed concern after media reports that President Jacob Zuma spoke of possible changes to the Constitution at the African National Congress&39;s anniversary celebrations in KaNyamazane, near Nelspruit.

"We want a huge majority this time because we want to change certain things that couldn&39;t be changed with a small majority so that we move forward because there are certain hurdles," Zuma was quoted as saying by The Times.

"People talk about a Constitution they have never seen. We saw that Constitution," he reportedly told hundreds of supporters.

Some of the amendments were aimed at strengthening the independence of the judiciary and the advancement of the rule of law, for example.

On Thursday, Freedom Front Plus parliamentary leader Pieter Groenewald said changing the Constitution was an important aspect of any election and he requested clarity on what aspects of the Constitution Zuma wanted changed.

"If he does not disclose this information, he is being dishonest with voters, and he appears to be a threatened leader who wants to make changes to the Constitution just to protect his own position," he said.

Democratic Alliance parliamentary leader Lindiwe Mazibuko said: "While it is a living document and should from time to time be amended to reflect the needs of South Africans, such a process should not be taken lightly and, most importantly, cannot be used as an election ploy."