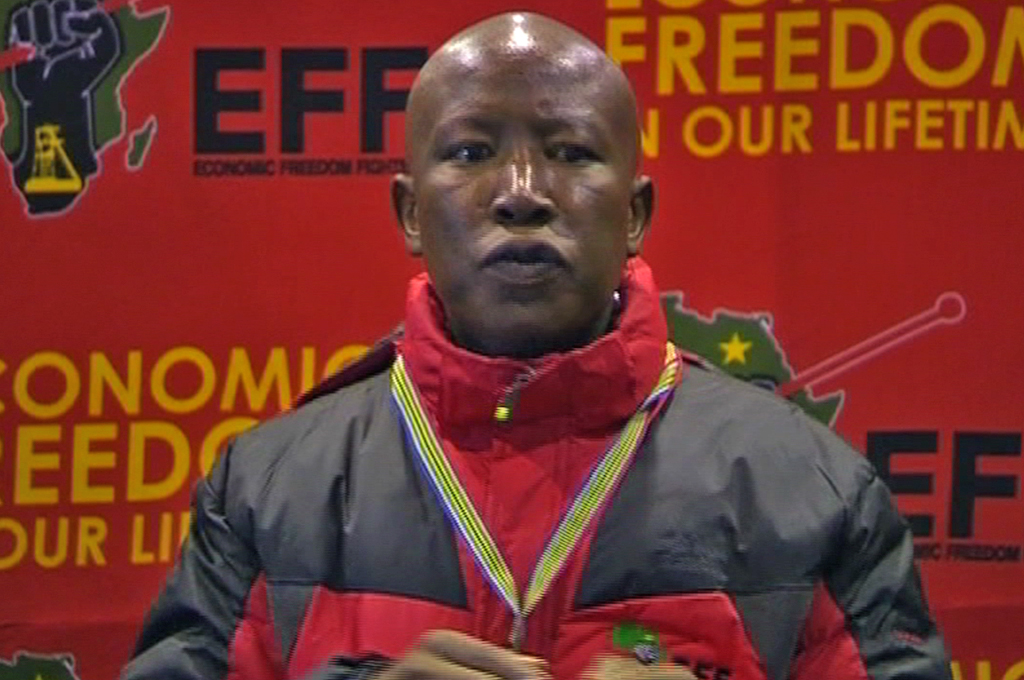 PICTURED: EFF Leader Julius Malema holds a press briefing after he walks through the IEC results centre in Pretoria.

JOHANNESBURG – The EFF is planning a mass protest in Pretoria early in November.

Malema said businesses in the capital that remained open may not be safe during the protest march in November and promised that the EFF was going to take action.

“You have to come to the streets, you have done it through a vote, you are still not listening. Maybe the only thing they will listen is a militant action on the second of November in Pretoria. Every street in Pretoria must be occupied. We cannot guarantee the safety of businesses on that say and therefore we will advise them to shut down their businesses because it's now time for South Africans to take action,” Malema said.

“The Gupta’s and Jacob Zuma have realised that the Public Protector will expose their dodgy dealings and as part of their fight-back plan, use the NPA to charge the incumbent Minister of Finance, force him into resignation or reshuffle him with the aim of capturing the National Treasury,” he said.