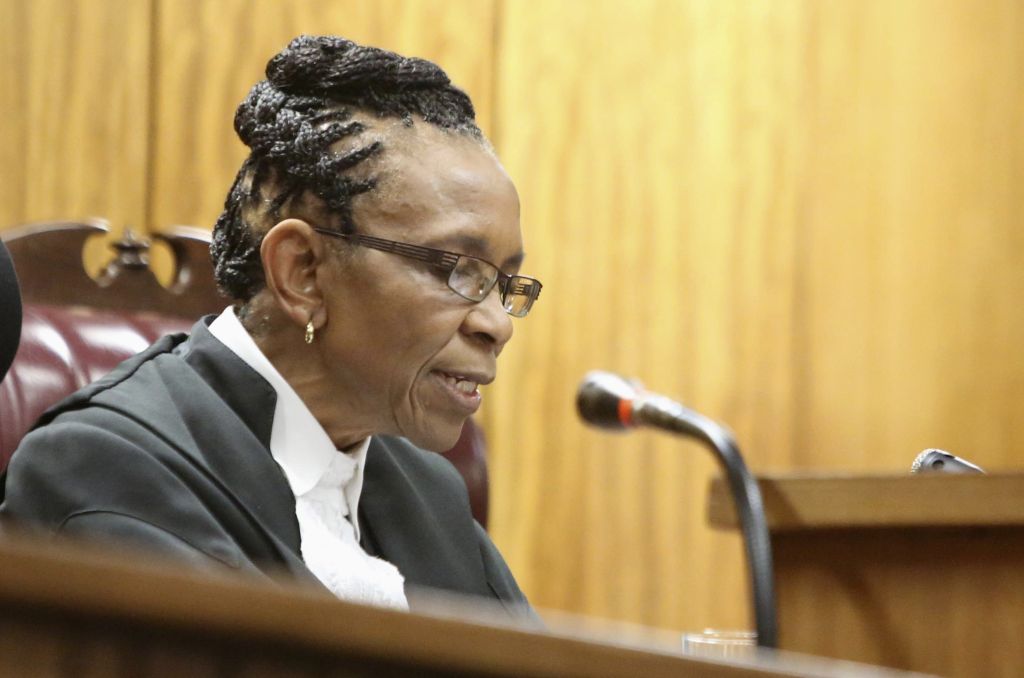 Judge Thokozile Masipa delivers judgement during the appeal by prosecutors against the verdict and sentence of Oscar Pistorius in the North Gauteng High Court in Pretoria on December 10 2014. The National Prosecuting Authority welcomed Masipas ruling.

PRETORIA - The NPA welcomed Wednesday&39;s decision by the High Court in Pretoria to grant the State leave to appeal against the conviction of Oscar Pistorius for culpable homicide.

The State had sought leave to appeal Pistorius&39;s acquittal on a charge of murder for shooting his girlfriend Reeva Steenkamp dead, and for a harsher sentence to be imposed.

"This is what we wanted and we were hoping that the judge would indeed deliver judgment in our favour," National Prosecuting Authority spokesman Nathi Mncube told reporters after court proceedings.

"It&39;s not about winning, it&39;s about justice and I think justice was served."

He said the NPA was now in the hands of the Supreme Court of Appeal (SCA) in Bloemfontein to set a date for the appeal to be heard.

It was in the interests of Pistorius and the State to ensure the matter was expedited, he said.

"It&39;s not up to NPA and we are not going to put pressure on the SCA to do what we want."

Mncube said if, in the SCA, Pistorius was convicted of the murder of law-graduate Steenkamp, the State would have to argue for the appropriate sentence. He said the minimum sentence for murder was 15 years in prison.

Handing down her order Masipa said: "In the result in respect of the application... the following order is granted. One, the application for leave to appeal against sentence is dismissed."

However, on the application against Pistorius&39;s conviction, she said: "I am satisfied that the points raised by the applicant [the State] are indeed a question of law."

On October 21, Masipa sentenced Pistorius to five years in jail for the culpable homicide of Steenkamp.

He shot her dead through the locked door of the toilet cubicle in his Pretoria home on Valentine&39;s Day last year, apparently thinking she was an intruder.

Prosecutor Gerrie Nel on Tuesday argued that the sentence imposed on Pistorius was "shockingly inappropriate".

However, Barry Roux, for Pistorius, said the law was correctly applied in convicting and sentencing him.

Roux said the State was not allowed to appeal based on factual findings the court made, but only on a point of law.

Pistorius was sentenced to a further three years, suspended for five years, for discharging a firearm at Tasha&39;s restaurant in Sandton, Johannesburg, in January 2013.