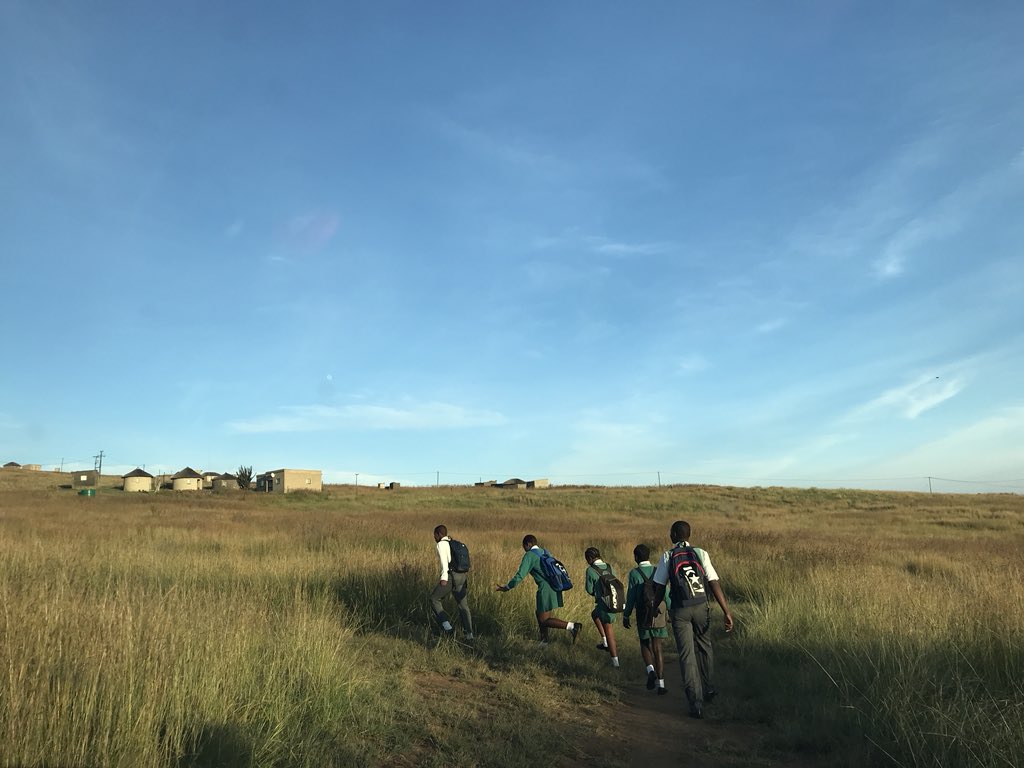 he long walk to education is finally over for pupils at schools in Nquthu in rural KwaZulu-Natal. The government has provided 60 buses and minibus taxis to 12 schools in the area.

JOHANNESBURG – The long walk to education is finally over for pupils at schools in Nquthu in rural KwaZulu-Natal.

The government has provided 60 buses and minibus taxis to 12 schools in the area after lobby group Equal Education took the Department of Basic Education to court.

“I attended primary school on that side, so it wasn’t too far. But when I went to high school, the walk was very long when I was coming from home - so much so that I was forced to wake up at 4:30am just to bath, eat and then get dressed and go to school. The time I take to get to school is very long. The reason I wake up at 4:30 is so I don’t have to rush and get to school tired,” an Nquthu pupil, Senzo, said.

Some pupils may not know it yet, but it could be the last time they take this journey on foot.

READ: No more long walks to school for Nquthu pupils

As the new school term begins, finally some good news for Nquthu, KZN, pupils who have been walking long distances just to get an education. Buses are expected to be delivered today after @equal_education’s court battle with the KZN Education Deparment over ScholarTransport pic.twitter.com/dHJUd42xj9

It took the advocacy group four years to get involved and by the time it did, some Nquthu pupils had already been raped and murdered while walking to school.

The rural area is just one of many facing similar problems.

Equal Education said it was waiting on the department to explain how it planned to roll out scholar transport elsewhere.

Education officials, however, say it would take an extra R400-million each year to make that happen.

Funding also remained a problem, despite education getting the biggest slice of the KwaZulu-Natal budget.

KwaZulu-Natal education district director Thembelihle Gumede said: “If we had it our way, we would have provided [transport] to all learners walking long distances, but you know, financial constraints militate against our good intentions of providing all learners who are supposed to be benefitting.

The long-term plan is to build schools closer to communities but, for now, the department will have to fork out over R30-million over the next year to pay service providers for these buses.

“I’m excited to wake up tomorrow because I’m going to wake up knowing I’ll be going [to school] with the bus. I won’t be walking, I’ll be using the bus. Everything is easy,” Senzo added.

“There’s nothing I’ll complain about… I’ll get to the class alright and work and do what I need to do.”